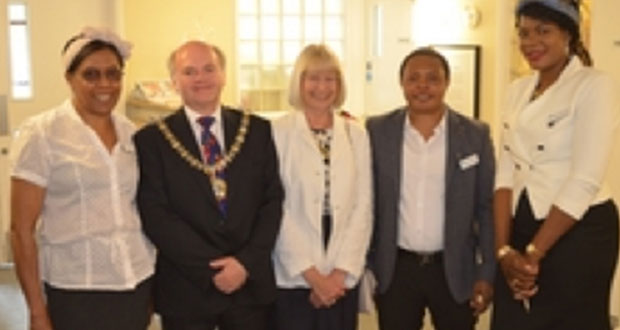 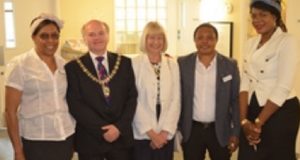 Local care provider and charity, The Fremantle Trust, embraced this year’s National Care Home Open Day with a series of celebrations at its Barnet care homes.

Dell Field Court welcomed The Mayor of Barnet, Cllr David Longstaff who was accompanied by the Mayoress, Ms Gillian Griffiths to its 1940s themed extravaganza, which included a host of activities such as games, a tea party, music, dancing and a raffle.

“It was a pleasure to meet the staff, residents and visitors and enjoy the atmosphere of the afternoon’s party.”

Meanwhile, The Deputy Mayor and Deputy Mayoress of Barnet, Cllr Sury Khatri and Mrs Tara Khatri, visited Apthorp Care Centre. Karina Dummer, who is supported by the Trust’s learning disability services, gave an X Factor style performance of This Little Light of Mine following her recent success as winner of the ‘Fremantle’s Got Talent’ contest.

A magician was on hand to wow guests with tricks and singers at the care home who have formed a choir as part of a Comic Relief funded programme run by NAPA (National Association of Providers of Activities for older people) also gave a special performance.

Meadowside care home chose to mark HM the Queen’s 90th birthday with a street party, featuring live entertainment and a traditional buffet as part of The Fremantle Trust’s series of events.

National Care Home Open Day is a UK-wide initiative inviting care homes to open their doors to the local public, showcase their services and place them at the centre of their local communities.

Commenting on the event, Gloria Haynes, head of services for older people at The Fremantle Trust, said:

“We’re really passionate about creating lasting links between our services and the communities they serve. Care Home Open Day was a great opportunity to celebrate with our honorary guests and demonstrate the importance of bridging generational gaps.”