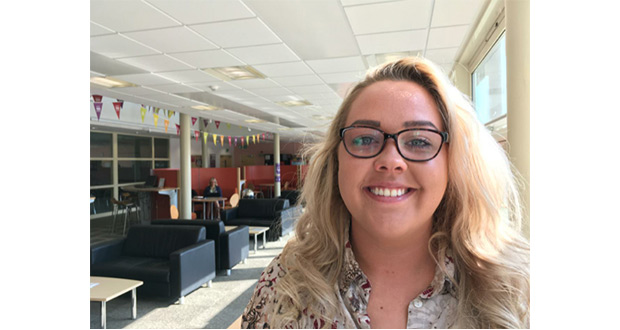 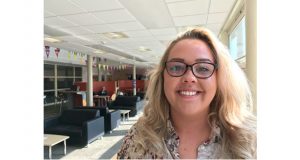 A University of Cumbria student has taken the initiative to organise a conference to train her fellow students to become more aware of dementia after feeling she needed more knowledge about the condition in a previous job.

Before studying at the University of Cumbria, Leanne Story, 24, a third year Nursing BSc student, was a home carer with a private healthcare firm. Unhappy with the level of training she received to look after her dementia patients, she took it upon herself to get the knowledge she needed to support her patients better in their homes and trained to become a dementia champion.

Now, one year on, Leanne has trained nearly 300 dementia friends with the figure still rising, and is set to graduate as a nurse later on this year.

The conference, which took place on Monday 21 May, during National Dementia Action Week, featured practitioners and volunteers who support people with dementia, as well as patients living with the condition. Over 80 university nursing students attended.

She continued, “I was a home carer for six years so I’ve supported quite a lot of people in their own homes. I felt like we weren’t getting enough training so I researched how I could make it better for people with the condition. The Alzheimer’s Society does dementia champion training. I started training my colleagues and fellow student nurses and now I’ve trained over 279 people as dementia friends”.

Other sessions included insight into the effects of music therapy on those with dementia, side-by-side volunteering and work of the Alzheimer’s Society as well as Peter and Pauline who recounted their experience of living with and caring for those living with dementia.

There were also stands from Age UK, Mind, the Alzheimer’s Society and Cumbria Partnership Trust.

Dr Louise Nelson, Head of Nursing at the University of Cumbria said, “Leanne’s absolutely got a passion for dementia. Because of her personality, she is really taking people along with her, making them see that dementia is not a big black cloud. It’s about helping people and supporting them and keeping them healthy for as long as possible and supporting family and friends to help them get through such a diagnosis.”

The Alzheimer’s Society’s Dementia Friends programme is the biggest ever initiative to change people’s perceptions of dementia. Being a dementia friend is learning about the small ways someone can make a difference to the lives of those living with dementia and their carers.

The conference took place at the University of Cumbria’s Fusehill Street campus in Carlisle.

Once she finishes her course, Leanne will be starting a job at the Carlton Clinic in September. The role was specially created for her because of her experience in and passion for dementia care, and bridges both adult and mental health nursing fields.