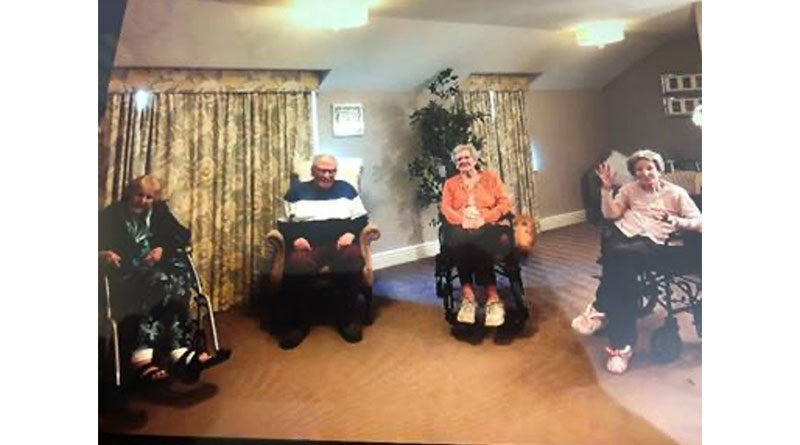 Residents at Rueben Manor share their experiences of the war and what Remembrance Day means to them.

Residents at a Stockton care home have shared their experiences of what Remembrance Day means to them and how they will mark it in 2021.

Remembrance Day takes place every year on November 11 and has been observed since the end of the First World War to remember armed forces members who have died in the line of duty.

Amongst those living at MHA Reuben Manor, a residential and residential dementia care home for 83 residents are some, who not only remember the Second World War, but have also given their services to the British Army in various roles.

June Challenger was nine years old when the Second World War started and still remembers places like the cinema in Norton being bombed and her parents making ends meet with very little food.

The 92-year-old added: “I do remember quite a bit from the war and luckily we were okay and didn’t get affected too much.

“We did hear about bombing in nearby villages where people died and I remember being told to go to bed in the shelter rather than my actual bedroom.

“My husband served in the war, I found out after I met and married him that he spent six years as a corporal in the Coldstream Guards.

“Prior to moving into MHA Reuben Manor, I would always make sure I would visit the memorial service.

“I am looking forward to Remembrance Day and will be doing what I can to support the home with the service.”

Christopher Michael Jordan, worked as a tank driver for six years and says servicing in the forces helped him give some “direction” in his life.

The 75-year-old added: “I had six great years as a gunner and tank driver and it definitely helped me to get on the right road in life.

“The experience helped me to progress in my role, I was well trained and thankfully was able to give a good account for my job.

“Remembrance Day is very important to me, I like to remember those who served in all wars and helped contribute to keep our country safe.

“I struggle to stand for long periods, but will definitely have my poppy on and contribute towards the service.”

Ada Trotter, another resident who has been with MHA for nearly four years, spent six years as a corporal in the army and served in places like Egypt and Beirut.

The 99-year-old said: “I always get sent a box of goodies every year from the Royal British Legion, something I have been a part of for 32 years.

“I still remember my time in the army and understand the importance of Remembrance Day.

“I can’t wait for the service the home will organise and like previous years I will lay a wreath in the garden.”

Winifred Bruce has been living at the home for three years and worked as a receptionist for the Royal Air Force and spent time in Northern Africa.

Speaking about her time she said: “I enjoyed my time with the Royal Air Force and it was a great experience.

“I was 18 years old when I was stationed out in Northern Africa and I met some really friendly and amazing people.

“I will be wearing my poppy with pride and can’t wait for what the home has planned.”

“It makes our remembrance day celebrations even more special knowing the contribution they and so many others have made to the war effort and it is an honour to have them living at Reuben Manor.”