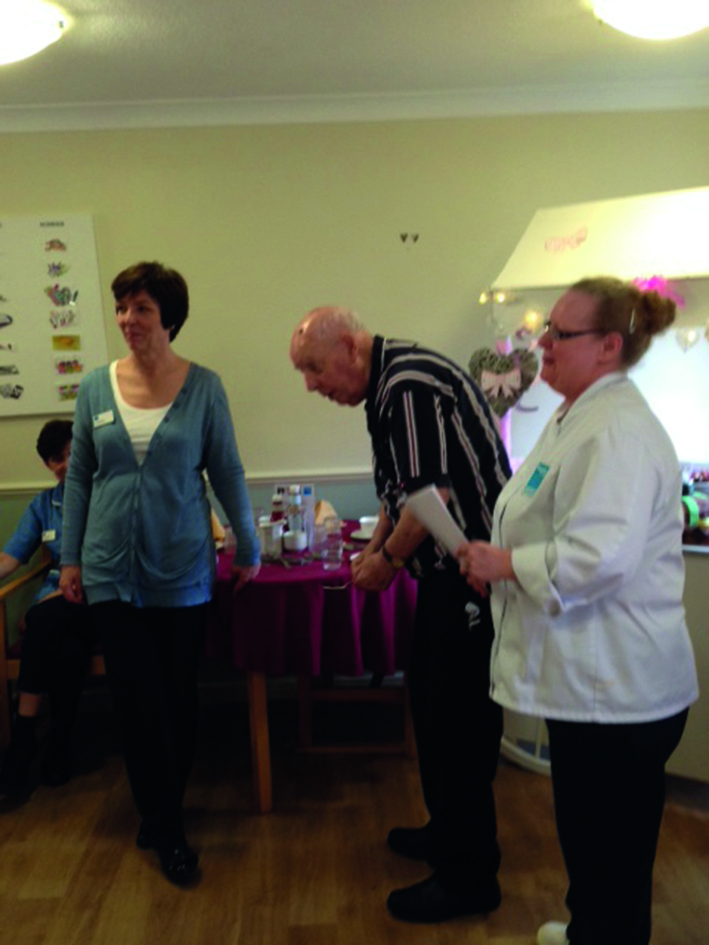 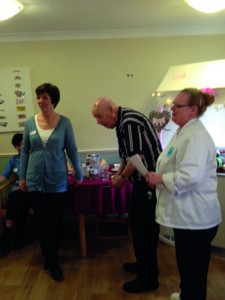 A staff member at a Glasgow care home has been crowned ‘Star Baker’, after his meticulously crafted showstopper wowed judges at Bupa’s very own Great British Bake Off challenge.

Ian Jenner, Financial Administrator at Bupa’s Deanfield care home, rose to the challenge of creating an elaborate chocolate fudge creation which, despite Ian having never baked it before, proved to be the icing on the cake for the residents who made up the judging panel.

The competition was created to encourage residents from Bupa care homes across Glasgow to get out into the local community and meet and mingle with each other.

Inspired by the return of the beloved baking series to UK television screens earlier this year, residents and staff from eight Bupa care homes in Glasgow whisked up a storm in the kitchen for the challenge, with Ian ultimately beating the competition.

The budding Mary Berrys were briefed to enter any design, flavour or colour of cake to showcase their sponge-making talents. A judging panel made up of residents from across all eight care homes, were given the enviable task of tasting the entries and assessed each on appearance and taste before delivering their final decision.

Ian Jenner, Bupa’s Bake Off Champion, said: “I’ve not done a great deal of baking in the past so I had no idea I was any good at it and I also hadn’t ever made the chocolate fudge cake before, so to be crowned the winner was a huge shock.

“Despite my lack of experience, I always love getting involved in the various activities that we runat the care home so I was determined to make something that looked good and tasted even better for our residents.

“It was all just for fun and to bring the residents from various homes together. However, the competition was actually very high, so I’m quite chuffed. I’m going to have to get my apron back on pretty soon though as the residents have already put their requests in for more.”

Karen Malcolm, Clinical Service Manager at Ailsa Craig care home, said: “The staff and residents at Ailsa Craig are huge fans of Bake Off and we were all glued to the most recent series.

“When I spoke to a couple of the other Glasgow care homes, I realised that they were also avid viewers of the show, so we were all enthusiastic about the opportunity to try our hands at creating our very own sponge creations.

“We are always looking to create innovative and inspiring activities for our residents and everyone had a fantastic time being part of the judging panel and getting to taste all the creations.

“Standards were exceptionally high and I was so impressed with all the bakes. However, huge congratulations must go to Ian who made the most delicious chocolate fudge cake. Fortunately, there was enough to go around as we all tucked in afterwards!”