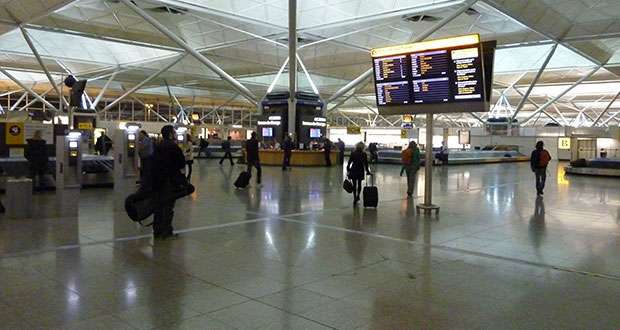 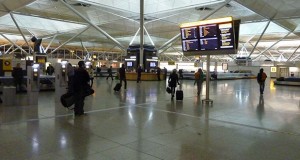 The launch centred on the statistic that a brain with Alzheimer’s can weigh 140g less than a normal brain – about the weight of an orange. Over 3,800 staff at World Duty Free stores nationwide donated the equivalent of this weight in pennies – £1.40 each – and hosted raffles and bake sales to kick-start the partnership, raising thousands of pounds in just one day.

The partnership will last three years with World Duty Free pledging to raise at least £150,000 to help fund Alzheimer’s Research UK’s Dementia Research Infoline, an essential  information service for members of the public who have questions about dementia and research into the condition. The Infoline also helps people sign-up for a dementia research register called Join Dementia Research that matches volunteers with appropriate scientific studies in their area, offering them the opportunity to take part in research and help defeat dementia sooner.

“Alzheimer’s Research UK was chosen as our appointed charity by all our staff, many of whom have family and friends affected by this devastating illness.  Everyone is committed to raising vital funds and generating much needed support for the charity, to help us better understand and fight dementia.”

Dementia affects 850,000 people in the UK and is caused by brain diseases, most commonly Alzheimer’s, which result in the loss of brain cells and impair the brain’s ability to function properly. Early symptoms can include problems with memory and thinking, but as brain cell death becomes more widespread, physical functions such as walking and even swallowing can be affected. Currently there are no treatments able to stop or slow Alzheimer’s disease or other dementias in their tracks.

“Each year 225,000 people develop dementia, that’s one every three minutes. The Dementia Research Infoline is an invaluable service for the public offering information to people who have questions about dementia and research. It’s a way in which Alzheimer’s Research UK can make sure people affected by dementia and their families can understand the latest scientific advancements and to signpost services that can help people. The Infoline also offers people the opportunity to be matched with research studies if they would like to play their own part to help defeat dementia sooner.

“There are currently around 2,000 people living with dementia in the Stansted area and almost 20,500 in Essex. With this number on the rise, the need for research has never been greater. Alzheimer’s Research UK scientists are making real progress but we rely on public support to be able to fund our research.”

Staff at the 33 nationwide World Duty Free stores will continue to fundraise throughout the year with a variety of events planned including more bake sales, obstacle races and marathons. For more information about Alzheimer’s Research UK, visit www.alzheimersresearchuk.org or call 0300 111 5555. To learn more about research going on in your area, visit, http://www.joindementiaresearch.nihr.ac.uk.