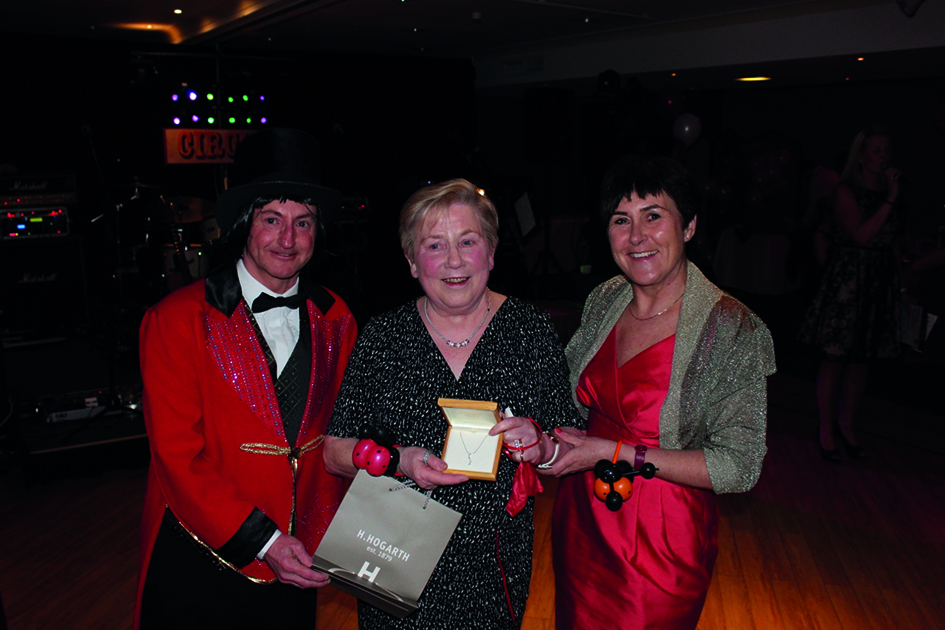 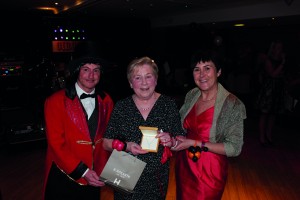 A ‘Big Top’ themed ball, organised by St John’s Hospice, has raised more than £13,000 for the charity.  The fundraising evening, which took place on 19th March at the Castle Green Hotel, Kendal, marked the organisation’s 30th anniversary and welcomed more than 150 guests from across the South Lakes, who were encouraged to enjoy the magical atmosphere and bid on some fantastic donations!

The evening commenced with a drinks reception, generously sponsored by W M Mclure’s and served in style by the ‘Occasional Bartender’.  Guests were treated to ‘big top magic’, by ‘Joe Thomas Magic’ and ‘Bongo Balloons’, with the evening hosted by presenter, John Dodds.  Young talent was also on display, with local student and saxophonist, ‘Jess Robinson’, entertaining the crowds.  Following a four course meal, an auction and raffle took place, with guests giving generously and all donations match funded by charity partners, Yorkshire Bank and Barclays colleagues.

Amongst the prizes on offer were a three day cruise on a luxury yacht; a two night break at luxury hotel, Holbeck Ghyll; a trip to London to watch ‘Trooping of the Colour’; a private dining experience for six people, courtesy of Karen Healy Outside Catering; lunch for two at the newly opened Forest Side Hotel in Grasmere and a £50 voucher for Ian Dutton’s newly opened Windermere restaurant, ‘The Pig’.  The Balloon Star Prize Draw, sponsored by H. Hogarth Jewellers of Kendal, saw lucky winner, Margaret Holmes, take home a 0.5 carat diamond necklace.

“We are beyond delighted that the ‘Big Top’ Ball has generated such a fantastic level of support and funds!” said community fundraiser, Jill Santamera.  “The feedback we have received from guests has been wonderful and it was a night when the local community really came together – once again – to support St John’s Hospice.  We are so very grateful to all those who supported us on the evening, those attending, those who have donated their time and the suppliers and local companies that gave so generously.”