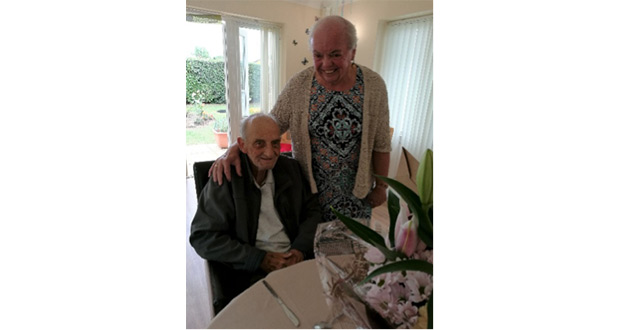 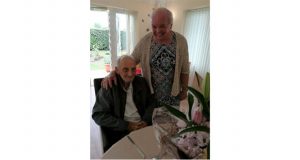 A SURPRISE golden wedding anniversary celebration was thrown by Teesside care home staff for a resident and his wife.

Staff at Ingleby Care Home arranged a three-course lunch, flowers, balloons and cards for Guy and Christine Ledgard, who have been married since August 1968.

Guy, who has been at the home since July 2018, is visited by his wife daily but on their anniversary they were treated to the special celebration.

They were ushered through to a specially decorated dining room, where they were served potato soup followed by stuffed chicken wrapped in bacon with fresh vegetable medley and garlic roast potatoes and concluded with chocolate fudge cake with ice cream, all accompanied with non-alcoholic wine.

They were also presented with a specially made anniversary cake congratulating them on their milestone.

Christine said: “I was very sad this morning but then I got to Ingleby and they surprised us with cards and flowers and a lovely meal to celebrate our 50th wedding anniversary.

“It was wonderful and I can’t thank everyone enough for caring about us.”

Christine and Guy first met at Tito’s nightclub, formerly on Brunswick Street, in the late 60s.

Guy was home on leave from the Navy and out celebrating his brother’s stag do when he caught Christine’s eye and they exchanged a wink at each other.

They got talking and Christine mentioned she worked at a chemist. The following day, Guy had forgotten which and went into every chemists’ shop in Stockton and Norton looking for her.

“It was love at first sight,” said Christine.

While serving in the Navy and posted in Harrogate, Guy would regularly hitch hike to Stockton to spent time with Christine.

They now have three children and two grandchildren.

Carol Singleton, home manager at Ingleby Care Home, on Lamb Lane, Ingleby Barwick, said: “When we heard Guy and Christine were about to celebrate their golden wedding anniversary we decided to surprise them with a special celebration.

“There was not a dry eye in the house after Christine thanked the staff for the meal and gifts. It was the least we could do for such a lovely couple.”