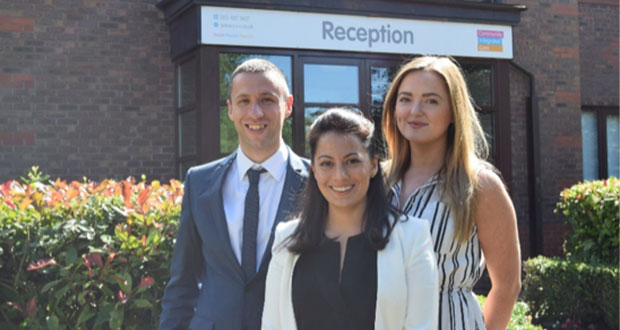 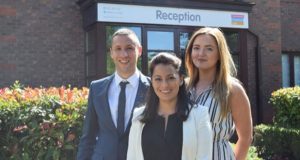 National social care charity, Community Integrated Care, has been nominated for four top accolades at the Chartered Institute of Public Relations (CIPR) Pride North West Awards and Institute of Internal Communications (IoIC) Awards. These successes recognise their efforts to improve engagement with their 5000-strong workforce, as well as their innovative approaches to community partnerships.

Community Integrated Care is one of the UK’s biggest social care charities. It supports over 5000 people across England and Scotland who have learning disabilities, mental health concerns, autism and age-related needs, such as dementia.

The charity was recognised with the CIPR Internal Communications Campaign Award for its efforts to introduce Office 365 – an innovative Microsoft IT platform, which offers a host of features to promote internal collaboration and communication, including internal social network, Yammer. Their in-house Internal Communications Team of two effectively launched the platform in a way which best engaged the charity’s network of carers, and in doing so have delivered better connectivity and information sharing within the charity.

The charity is also recognised in the ‘Best Community Relations Campaign’ category, for its pioneering community engagement work in making EachStep Blackburn, a new £5m dementia care service, a hub for the local community. In a one year campaign, the charity built partnerships with a host of groups who could help the service to make a bigger social impact and enhance the lives of the people it supports. This campaign has seen the home develop unparalleled local connections, with it working with the likes of the South Asian community leaders – One Voice, Blackburn Rovers Community Trust, and leading several community and health groups.

They have also been recognised with a nomination in the ‘Best Event’ category, for their creativity and ambition in launching social network, Yammer, to their diverse and dispersed national workforce.

Community Integrated Care is the only social care charity recognised in both of these awards. Their success has seen them placed alongside a host of national brands, including: British Airways, Aviva, Anchor, Tesco, RBS, Bank of England, Waitrose, Virgin, KPMG, Nationwide & Muller UK.

Danielle Chan, Head of Customer & Stakeholder Engagement says: “Community Integrated Care’s Internal Communications Team was set up just over a year ago and has achieved an incredible amount in that time; from the delivery of the charity’s biggest ever piece of employee research; the introduction of new technology platforms; the relaunch of our much-loved charity magazine; to behaviour change training campaigns. It goes without saying that it has been a huge year and I’m thrilled that we have been recognised for this with these three accolades.”

John Hughes, Head of Communications and Marketing for Community Integrated Care says: “It’s incredible to have been recognised by the Chartered Institute of Public Relations for our Community Relations efforts. When we planned our EachStep Blackburn dementia service, we had a vision of launching Britain’s most connected dementia care service and have gone some way to achieving this vision. It’s an honour for these achievements to be recognised.”