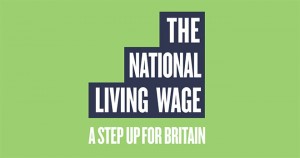 New research from the Federation of Small Businesses (FSB) found small firms are meeting the challenge posed by the new National Living Wage (NLW) with the majority (59%) absorbing the costs by taking lower profits.

Following the introduction of the new wage in April 2016, small businesses have demonstrated their resilience in meeting this challenge, but some businesses have struggled to do so. FSB’s 2016 Q2 Small Business Index, our quarterly business survey, found that 47 per cent of small businesses now cite wages as the main contributor to the rising cost of doing business.

FSB is calling for the Low Pay Commission to be given flexibility on how to meet the Government’s NLW target of 60 per cent median earnings by 2020. FSB wants this target to be adjusted if it becomes clear the economy cannot bear the rapid pace of NLW increases. The NLW is currently projected to rise by £1.85 per hour over the next four years, reaching £9.05 by 2020.

FSB research found that the majority of small business were already paying all their staff above the new NLW of £7.20 an hour. However, despite this, about a third of businesses (32%) said the new wage has led to some increase in their wage costs and further one in five (19%) said labour costs went up significantly as a result of the new wage.

Of the businesses that report increasing labour costs from the NLW, the majority of them (59%) absorbed the increased cost through reduced profitability. However, some firms have had to take other action in order to stay afloat, such as increasing their prices (35%), reducing staff hours (24%), cutting investment (23%), and recruiting fewer workers (16%). Some businesses also sought to meet the increased cost through improved efficiency (13%).

As anticipated in previous FSB research conducted before the NLW was introduced, the sectors most effected by the wage increase were those with tight margins and where low wages are most common. In particular, retail, wholesale and hospitality, and accommodation businesses say they have been negatively impacted by the NLW.

“Small employers have stretched to meet the challenge set by the National Living Wage, with many paying their staff more by reducing operating margins. This will get harder for many firms in later years, with the targets set in a ‘pre-Brexit-decision’ economy.

“Considering the uncertain economic climate, the Low Pay Commission must be given the opportunity to adapt the target in future years so that it can be met without job losses or harming job creation. The rate of the National Living Wage should be set at a level the economy can afford, based upon economic and not political priorities.”