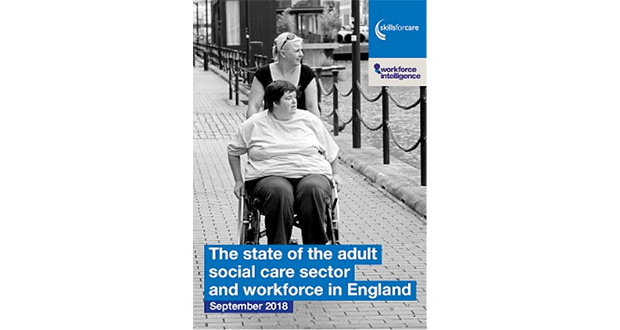 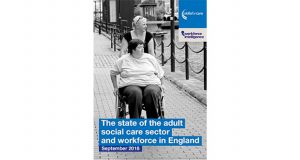 Skills for Care has published two workforce reports presenting a detailed overview of the adult social care workforce in England.

The reports are published annually, using data that employers enter in Skills for Care’s National Minimum Data Set for Social Care. This data is then analysed and presented regularly to Government, the media and policy makers.

Some key findings from the reports include:

The ‘Projecting Older People Population Information System’ (POPPI) projects that the population aged 65 and over will increase between 2017 and 2035 from 10 million to 14.5 million people in England, an increase of around 44%.

This means around 650,000 extra jobs will be needed in adult social care by 2035 if the workforce grows at the same rate.

The reports estimate that the turnover rate of directly employed staff was 30.7% which equates to approximately 390,000 people leaving their jobs over the year.

Most of those leavers don’t actually leave the sector and 67% of recruitment in social care comes from within. Turnover rates have increased steadily, by a total of 7.6% between 2012/13 and 2017/18 which indicates that employers are struggling to find, recruit and retain suitable people to the sector.

A large proportion of staff turnover is a result of people leaving jobs soon after joining, with care workers under 30 years old more likely to leave their jobs, as were those with relatively lower rates of pay.

The Government is developing a national recruitment campaign for the sector designed to help employers attract people with the right values into social care, and increase public awareness of the wide range of rewarding opportunities available.

68% of direct care staff who started in the sector after January 2015 had engaged with the Care Certificate and 50% of care workers held a relevant adult social care qualification. Those workers holding a qualification were less likely to leave their roles than those without.

Adult social care has an experienced ‘core’ of workers with workers who had an average eight years’ experience in the sector and around 70% of the workforce had been working in the sector for at least three years.

Pay in the sector

Females make up 82% of the workforce and the average age was 43 years old.  320,000 workers were aged over 55 which presents a challenge for workforce planners as they may retire in the next decade.  83% of the workforce are British and 104,000 jobs were filled by people with an EU nationality.

The result of the EU referendum appears, so far, to have had little effect on the nationality trends in the workforce with the number of EU nationals continuing to increase and the number of non-EU nationals decreasing.

If the rules set out in the Government’s “EU Settlement Scheme: statement of intent” are finalised (this was not guaranteed at the time of writing), then all workers with an EU nationality currently working in adult social care will be allowed, if they choose, to continue to work in the UK provided that they remain living in the UK and do not have any criminal convictions. As will any people with an EU nationality who move to the UK between now and December 2020.

At the time of writing, it was still unclear how immigration will work after the UK leaves the EU. Depending on the rules, there is still a risk in terms of workforce supply depending on what restrictions are in place.

Skills for Care Sharon Allen said: “These authoritative reports produced by Skills for Care really help us understand the workforce needs of a growing sector which contributes around £38.5 billion to the English economy.

“In a sector that is facing huge challenges it is ever more important to have this sort of high quality data so we have a skilled and knowledgeable workforce supporting people in our communities.”

The Department of Health and Social care are now investing in an NMDS-SC version 2.  Built to Government Digital Standards, the new service will place adult social care providers at the heart of the development and aim to deliver the best possible user experience.