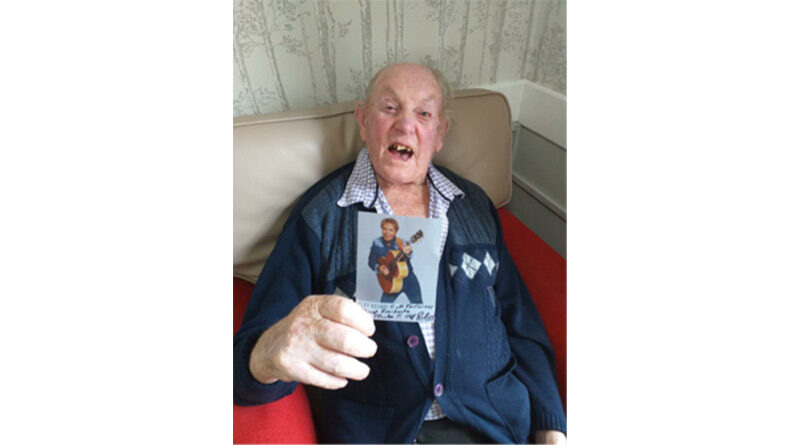 The Postcards of Kindness scheme has been successfully implemented across the Excelcare group and delighted the residents who have taken part. It operates via a Facebook group, where care homes share their addresses so individuals and organisations from around the world can write to the people living in them.

Since joining the group, residents in many Excelcare homes have made new connections and friendships through these letters, which they’ve enjoyed replying to with their own handwritten notes. This type of traditional communication has been a useful reminiscence tool, as it brings back memories of when handwritten letters in the post was the main way to stay in touch with friends and family.

These letters still bring as much joy as they did in their younger years and eagerly awaiting the postman to stop by makes the whole scheme more exciting.

Pearl, the Lifestyle and Wellbeing Lead in Cambridge, recently set out on a mission to get postcards from the resident’s favourite singers, Sir Cliff Richard and Sir Tom Jones.

She got in touch with their teams and to her surprise, Cliff Richard responded with a hand-written and signed postcard for care homes in the Cambridge region – it read, “To all Excelcare Cambridge residents, thanks, Cliff Richard”. The postcard he chose had a picture of himself playing the guitar on the front which made everyone smile.

A copy of the postcard has since been sent to all of the Excelcare homes in Cambridge to pass on to the people living in them. No one could quite believe that Sir Cliff took the time to send them a signed postcard as for many, he is a singing icon.

Receiving the postcard reminded the residents of Sir Cliff’s many hit songs, so afternoons across Cambridge were spent singing and dancing along to them.

This special postcard from Sir Cliff brought happiness across the region and residents now wonder who their next celebrity pen pal could be.