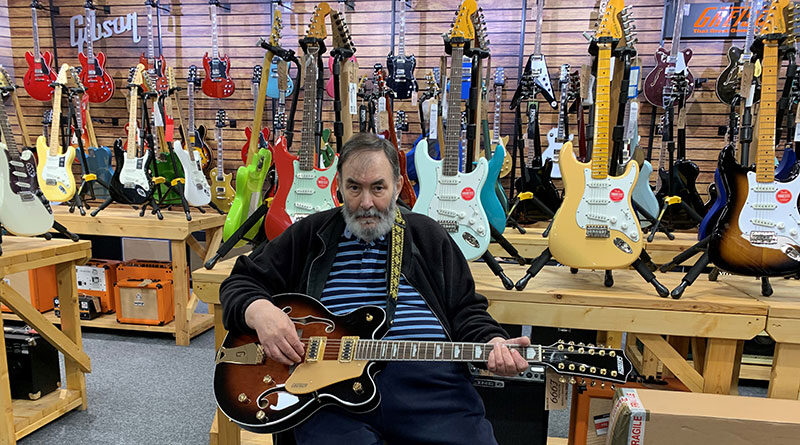 A Resident at Signature carehome in Eastbourne recently had his wish come true after he was given the opportunity to relive and rekindle his musical past which saw him and his bandmates tour Europe.

Michael Tucker has been around music all his life. Growing up in Horley, Surrey, Michael came from a very musical family; his mother played the piano, his aunt the violin, and his uncle the drums. Naturally, Michael was the next member of his family to catch the musical-bug.

At the age of 14, Michael won a three-year scholarship at a grammar school for his talents as a violinist. Eager to further build on his musical ability, at the age of 14 Michael began learning the guitar. Little did he know at the time, this instrument would shape his future and lead him along an exciting and unique musical path.

Walking home from a lesson three years on, guitar in hand, he was stopped in a local park and told about a budding band being formed. Armed only with an address and his own curiosity to learn more, he went to the house and knocked on the door.

The rest they say, is history…

The band, originally known as The Moonriders, started to take shape in around 1958. It was soon after this that they took the bold plunge to head out on the road, with no plan, just each other, their instruments, and their songs, looking for agents to sign them.

It was on this journey, led by lead guitarist and singer, Michael Tucker, that they renamed to The London Blues, their more recognisable title. The band became the first Western rock band to tour behind the Iron Curtain and are best known for releasing an ultra-rare LP in Poland in mid-1965 and three Polish-only EPs in 1965-1966. Over the course of the band’s history, they shared the same label as the legendary Rolling Stones, The Animals, and The Hollies, as well as featuring several musicians who went on to other notable UK bands, including The Flowerpot Men. 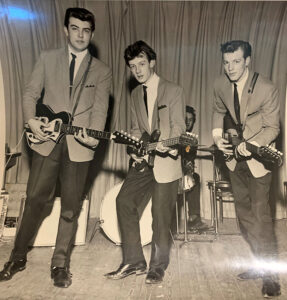 Upon learning about Michael’s incredible musical past and hearing the extraordinary stories he had to tell, Sara Connor, Activities & Volunteer Coordinator at Signature at Eastbourne, thought it would be a fantastic idea if she could give Michael the opportunity to rekindle this connection.

After reaching out to local music superstore, BONNERS, and telling the owner about Michael and his past, he was more than happy to invite Sara, Michael and fellow resident and music enthusiast Dennis down to the store so he could pick up a guitar and play once again.

Speaking on the chance to play the guitar once again, Michael said:

“It gave me a sense of satisfaction and if I had the opportunity to do it again then nothing would stand in my way.”

When asked what it was like to be in the band, Michael added:

“It was like being in the Army and we enjoyed plenty of camaraderie- it felt like you and the band against the world! We were, and still are, the best of friends. The last time we met was in the summer of 2020, so hopefully we can meet again soon.”

“Michael has been living at Signature at Eastbourne for a couple of years now and he doesn’t spend a lot of time in the community. I was lucky enough to spend time with him one-to-one and listen to all his great stories and adventures. It was a very emotional moment to watch him play once again.”

Reflecting on Michael and Dennis’s visit to the store, Tony White, owner of Bonners, said:

“It was a real pleasure to have Michael and Dennis visit us at Bonners. Making music is a real joy and to see their faces light up when given the opportunity to hold and play the instruments was something that reminded myself and all of the Bonners team exactly why we love working in this industry and bringing happiness to everyone who gets the opportunity to play a musical instrument.”