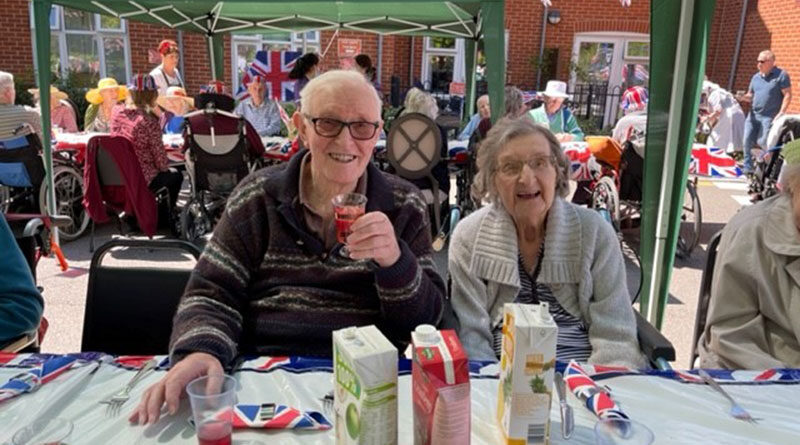 Signature at Camberley care home on the outskirts of Camberley has paid tribute to heroes from the Second World War at a poignant event in the home’s grounds. 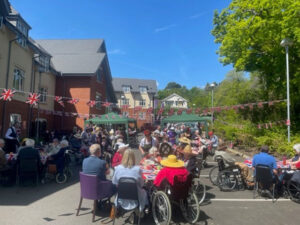 It came as part of VE Day, an annual occasion which brings the UK together to mark the end of World War Two in 1945, following Prime Minister Winston Churchill’s announcement via radio at 3pm that war in Europe had ended after Germany’s surrender the previous day.

Residents and Signature team members came together at the care home, which cares for 80 residents, to mark the occasion with a garden party and the help of the local community. 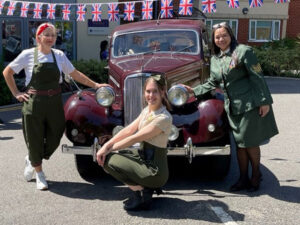 The party, which was opened by local dignitaries, the Mayor and Mayoress of Rushmoor Borough Council, Bruce and Tracey Thomas, was a big moment for everybody at the care home, with family members and friends welcomed all together for the first time since the start of the pandemic period.

The highlight of the VE Day celebrations came when guests had the opportunity to see and learn about a vintage Humber Halk Staff Car called ‘Monty’, an iconic vehicle which was used as a military car by the British armed forces during World War Two. 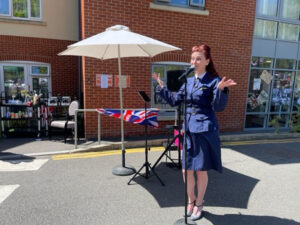 There was a lovely atmosphere throughout the day, with guests laughing, dancing, and singing along to live 1940s music entertainment as they celebrated the big occasion.

“Our VE Day celebrations were in full swing, which was particularly pleasing after the disruption these celebrations have faced over the last two years due to COVID-19.

“Many of our residents have vivid memories of events on 8th May 1945, and it is important to continue recognising the date’s significance. Just as the country was brought together in unity 77 years ago, our home united today to remember not only the joyous occasion of VE Day, but also the sacrifice generations of people made during the Second World War.”

Patrick Fell, a resident at Signature at Camberley, added:

“I spent my entire working life in the RAF and the home provided a spectacular and fitting tribute to the veterans and survivors of the second World War. To be here with my daughter made it even more special.”