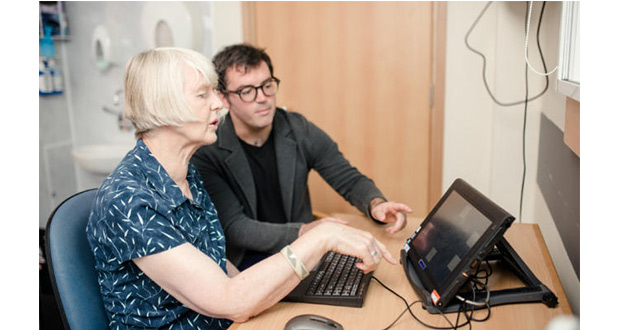 Researchers in the US have found that using sex-specific memory test scores could improve the diagnosis of early memory and thinking problems, known as mild cognitive impairment (MCI). When using sex-specific scoring, researchers diagnosed more women and fewer men with MCI. The study was published 0n 9 October 2019 in the journal Neurology.

Mild cognitive impairment (MCI) describes early memory and thinking changes commonly seen in older people. Although MCI is not a disease itself, it can be an early warning sign of the diseases that cause dementia, most commonly Alzheimer’s disease.

In this new study looking at MCI diagnoses, researchers used memory test scores based on sex instead of averages for both men and women.

A group of volunteers, 453 women and 532 men, aged between 55-90 who were either healthy or had MCI took a verbal memory test. The researchers then compared each person’s score to typical scores based on the average for both men and women, and the sex-specific average to determine who had MCI.

When researchers used sex-specific averages, as well as other typical characteristics including age and education level, they found that 10 percent more women and 10 percent fewer men had a diagnosis of MCI. These diagnoses were also more accurately linked to Alzheimer’s disease-related brain changes.

“Previous research suggests women outperform men on tests of verbal memory, and this could mask the early stages of memory and thinking problems in women, delaying a diagnosis.

“In this new study, a sex-specific approach for testing verbal memory helped avoid an incorrect diagnosis in men and improved the timely detection of thinking and memory problems in women. Further long-term studies with more people will confirm these results. Findings like this could improve diagnosis methods, making it easier to spot people who are at risk of developing diseases like Alzheimer’s.

“It’s important to refine diagnosis methods to ensure that people with mild memory and thinking problems are not slipping through the net. A timely and accurate diagnosis allows people access to the support and information they need, as well as the opportunity to enter future clinical trials at a time when they are most likely to benefit from any new treatments. Preventing incorrect diagnosis of healthy individuals is also critical to stop exposure to undue stress and unnecessary treatment.”