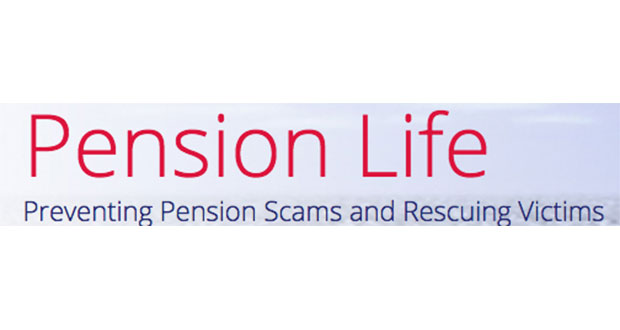 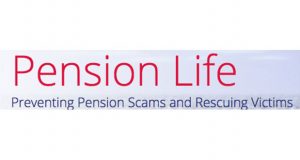 The top five factors to be aware of, in the fight against pension scammers, have been published by an international campaign group that rescues victims of these fraudulent schemes.

The list from Pension Life, which represents victims of numerous dubious schemes with total losses in excess of £2bn, comes as the organisation says an increasing number of people are falling victim to pension scams.

Pension Life’s Chairman, Angela Brooks comments: “The first thing to look out for is the claim of ‘guaranteed results’.  The scammers typically use the magic number 8 – 9 per cent growth per year for two to five years.  In the real world, there is no such thing as a guaranteed return. It is a hook to catch people who are, quite understandably, keen to grow or improve their pension.”

The second factor to consider is the mention of speculative property, particularly offshore.

Ms Brooks continues: “The scammers will promise spectacular growth opportunities with all sorts of unusual – or ‘esoteric’ – property developments.

“However, the problem with property is that it is illiquid and not necessarily easy to sell.  A pension needs to be liquid so that if a member wants to transfer out, reaches the age of 55 or even retirement age or dies, the fund has to be ready to transfer out quickly.”

The Pension Life chairman adds: “If it is all tied up in long-term, speculative property, it can take years to get out of the investment, and an early redemption might attract punitive penalties.”

Third, Pension Life warns of the all-too-common threat of unregulated advisers and funds.  Ms Brooks says: “If there is no regulation, there is no protection.  Don’t be fooled into being assured that a firm is regulated when it isn’t.

“Phrases such as Company X works in conjunction with a fully regulated and authorised company’ usually means Company X is not regulated”.  If an unregulated fund goes bust, then the investors have lost everything and there is no protection.”

Angela Brooks adds: “Fourth, individuals should watch out for schemes that are presented by a firm which looks like an advisory firm, but which claims that ‘no advice was given.’

“When the whole scheme goes pear-shaped, the firm responsible – which could even be an FCA-regulated firm – will try to claim they did not provide advice – they just offered the scheme and left it to the participants to make up their own minds as to whether it was suitable for them.”

Ms Brooks concludes: “Lastly, it is crucial to determine an investor’s risk profile. Before any major financial transaction, there should always be a fact find, which is a Q&A to determine what this is.

“Any investment recommendations should respect the individual’s risk appetite.  Most ordinary people are ‘low-risk’ – but the scammers often try to trick victims into agreeing they are ‘sophisticated’ or even ‘high risk’.”

In December last year, Angela Brooks called on the government to set up an independent, specialist task force to tackle the “serious and growing problem” of liberation scams with a joined-up approach that would involve HMRC, the Pensions Regulator (tPR) and the Financial Conduct Authority (FCA).

Ms Brooks said of the initiative: “Specifically, the government must insist HMRC stops registering pension schemes without doing the proper due diligence.

“It must also stipulate that tPR ceases the registration of occupational schemes without due diligence, together with the FCA strengthening regulations.

“A failure to do so will inevitably mean more lives will be devastated by pension liberation scammers.  In addition, there is an associated cost to the government of not tackling this, as those left in financial ruin will be reliant upon the already overstretched welfare system for years into the future.”