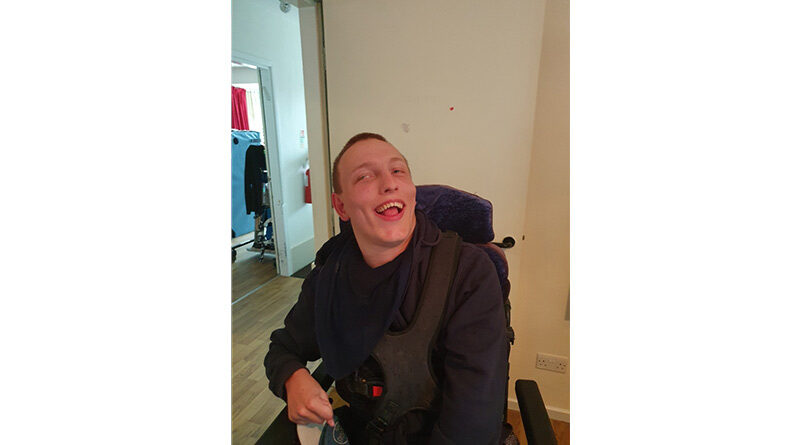 A resident at Oakleigh Lodge care home in Nottingham was left astonished after being reunited with his childhood bedroom after almost a decade.

Stephen Gregory, 22, who has quadriplegia cerebral palsy, was allocated the bedroom upon his return to Oakleigh Lodge in Mapperley, nine years after leaving the home as a child.

Stephen, who requires full time assistance from two carers, has spent most of his life living at home under the care of his parents but did previously stay at Oakleigh Lodge when it was a children’s respite service approximately a decade ago.

Stephen stayed at the home for a short time but left in 2011 to attend Portland College, before returning to Oakleigh Lodge once again in June 2020.

After his return to the home, Stephen’s mum, Helen Gregory, said: “I am absolutely amazed that Stephen has been allocated the same room after so much time away. Oakleigh Lodge has changed immensely since Stephen was last there, so to find that he is going to be staying in the same room, where he made so many memories, is incredibly touching.”

Stephen’s condition means that he is unable to move independently and requires assistance in almost all aspects of life. Stephen does possess a level of understanding about his likes and dislikes and has learned to vocalise and communicate basic information to his carers.

He has been described by carers at Oakleigh Lodge as an amazing character with a great sense of humour.

Gina Harris, one of Stephen’s carers at Oakleigh Lodge, said: “Stephen has a fantastic personality and, despite requiring assistance in most aspects of life, is always playing tricks on people at the home. He is often heard giggling and laughing to himself and joking with people at the home.

“He has been absolutely brilliant with everyone during his short time at Oakleigh Lodge and he has really lifted the spirits of the staff that have worked with him. We are all really looking forward to providing him with the full Oakleigh Lodge experience once restrictions allow.”