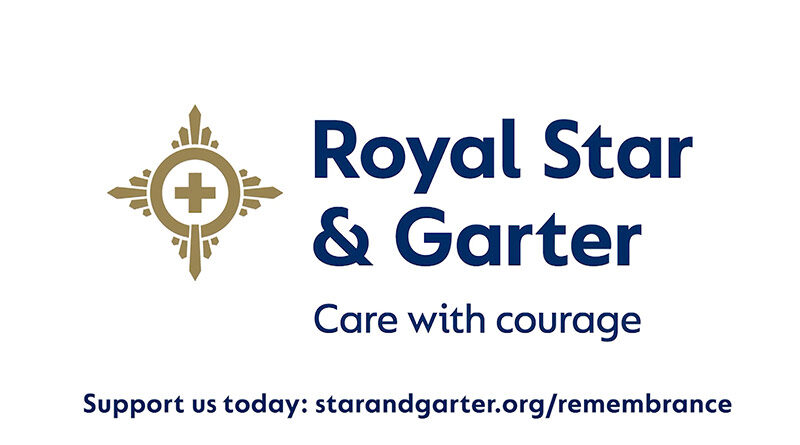 ‘They gave their all for us’ highlights how young some of the charity’s residents were when they joined the Armed Forces, and looks at how Royal Star & Garter is able to give back to them each day through its award-winning care.

Royal Star & Garter is a charity which provides loving, compassionate care to veterans and their partners living with disability or dementia, and has Homes in Solihull, Surbiton and High Wycombe.

The campaign features residents from across its Homes. They include Solihull resident Annie, who has affectionately been known all her life as Nanza. She was 20 when she joined the Auxiliary Territorial Service (ATS) in 1943, and worked as a Wireless Operator, learning Morse code and helping decipher coded German messages.

Connie also served during WWII, joining the Women’s Royal Naval Service at the age of 17. Her husband was in the Army and part of the unsuccessful mission to secure the bridge at Arnhem in 1944. As a result, Connie, who is now living with dementia at the Surbiton Home, still attends Liberation Day services in the Netherlands.

Jim, who lives in High Wycombe, signed up to the Navy at 15, in 1959. During his 12-year career, he “chased hurricanes” in the Caribbean. There he would help rebuild communities devastated by tropical storms.

Pauline Shaw, Director of Care at Royal Star & Garter, said:
”A lot has been said about service and sacrifice since the death of our Patron, Her Majesty The Queen. These are traits seen within our Homes. The people we care for were willing to risk everything for the good of our country and the world we live in. They gave their all for us, and in their times of need, we are now here for them. At Royal Star & Garter we give back every day and thank them for everything they did, with our loving care.”

To see more about Royal Star & Garter’s Remembrance campaign, learn about other residents and donate to the charity, please go to https://starandgarter.org/gavetheirall/