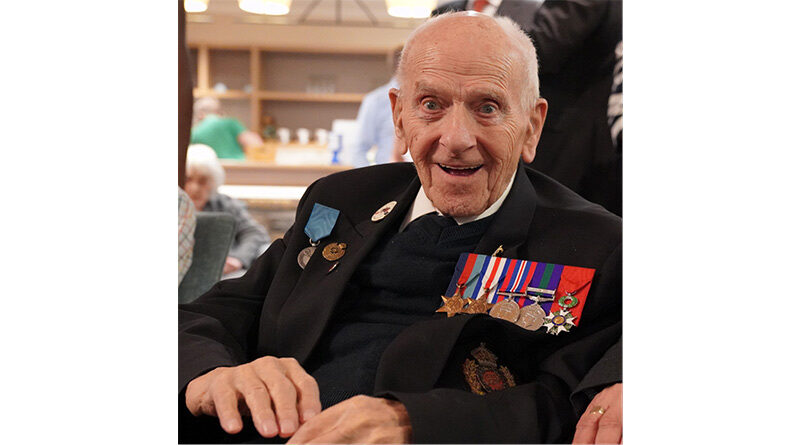 The extraordinary tale behind a WWII reunion is being told by Royal Star & Garter as part of its ‘Every face tells a story’ Remembrance campaign, ahead of Armistice Day on Wednesday, 11 November.

It features the story of Army veteran George ‘Bunny’ Avery, who took part in the D-Day landings, and is now a resident at Royal Star & Garter’s Home in High Wycombe. Royal Star & Garter provides loving, compassionate care to veterans and their families living with disability or dementia. 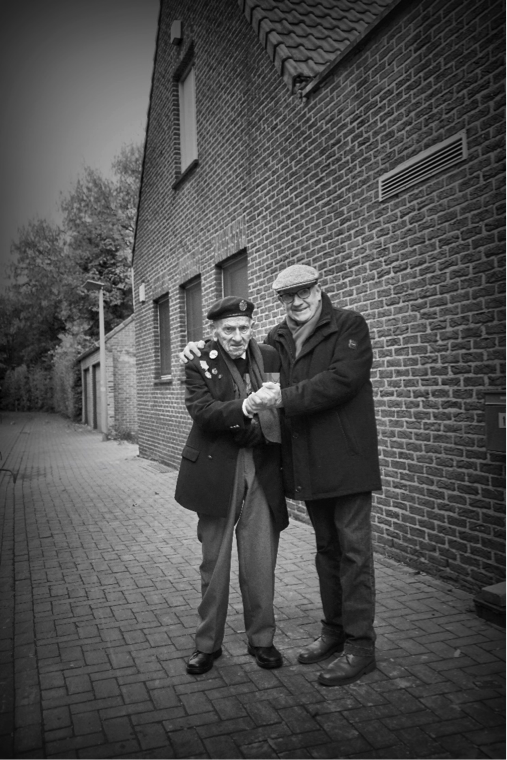 Bunny became friends with a Belgian boy in 1944, while building Bailey bridges to help Allied troops advance into Nazi-occupied territory. In 2019, Bunny was reunited with his Belgian friend at the very same spot, in front of the very same brick building, 75 years later.

Bunny was a Sapper in the Royal Engineers and was part of the second wave of troops to land on the Normandy beaches on D-Day, 6 June 1944. He advanced through Nazi-occupied Europe, building portable crossings which allowed troops and vehicles to travel at speed across rivers and canals. Along his way he passed through recently liberated Auschwitz.

In 2019, Bunny’s daughter Kathryn discovered in her father’s possessions photos of a bakery and a family with a Belgian address written on the back. The pair often return to France, Holland and Belgium to take part in liberation commemorations, and Kathryn called on her contacts to find out more about the photo. She eventually discovered that Bunny stayed with the family at the bakery in 1944 while building Bailey bridges. Kathryn was able to track down the baker’s family and got in touch with the son Urbain, who was just six back then.

Kathryn and Urbain arranged to meet in his childhood hometown of Peer with Bunny. When there, Urbain produced a remarkable photograph showing him being carried by 23-year-old Bunny. The friends went on to pose for a photo 75 years later on the same spot.

Bunny now lives with dementia at Royal Star & Garter, and cannot remember his meetings with Urbain. But he made a lasting impression on Urbain, who told Kathryn that he remembers playing with her father and him being good fun.

Bunny spent five years in the Army, from 1942-1947, and also served in Greece, Italy and Palestine. In 2016, he received France’s highest military honour – the Legion d’Honneur – as thanks from the government for his role in its liberation.

Also featured in Royal Star & Garter’s ‘Every face tells a story’ campaign is 93-year-old Dick, who served in Corps of the Royal Electrical and Mechanical Engineers (REME). He is now able to reconnect with old hobbies in the Home, such as art and gardening since moving to Royal Star & Garter. The former rambler is also able to stand on his own two feet again thanks to the work of the Home’s in-house physiotherapy team.