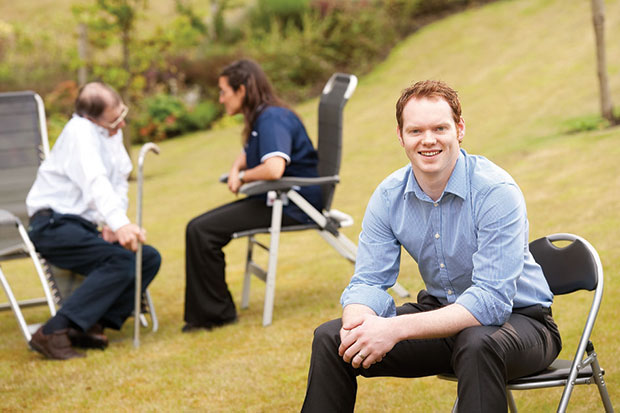 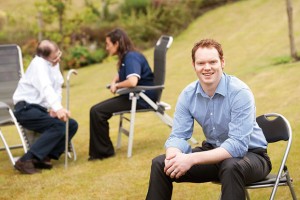 Scotland’s MSPs, to their credit, do tend to get there in the end. A new report highlights what professionals in the care sector have known for decades, that loneliness and social isolation is a human tragedy on a massive scale.

Holyrood’s Equal Opportunities Committee recently recognised calls from campaigners that loneliness should be treated as a public health priority on a par with poverty and poor housing, and acknowledged links with dementia and malnutrition.

But it is a big step from recognising that a problem exists to working out an implementable plan of action to deal with it, and in this regard MSPs are as in the dark as everyone else about what to do about it.

The fact is that, since caring became an industry instead of a familial responsibility, it has focused more on practical assistance with tasks such as personal care, cooking and cleaning rather than the emotional wellbeing of the people in its care.

The statutory care at home “pop-in” model, which allows no time for emotional connection, has for many older people become somewhat dysfunctional.  For many elderly people, who feel they are part of a system of care at home which simply processes then abandons them – it can actually exacerbate the problem of loneliness. They may justifiably feel that the care worker is just another person who doesn’t really have time for them.  This can be as much of frustration for care workers who simply want to provide the highest quality care they can within the constraints of this model.

It has fallen to the private sector to re-think the whole model of domiciliary care, factoring in a recognition that older people in receipt of care services are sentient and sensitive human beings who should be afforded meaningful social interactions through quality time.

Despite the best efforts of an under-resourced statutory care system, it is clear that there is no over-arching state solution to the issue of older people who are on their own for extended periods of time. It is simply cost prohibitive to look after people 24 hours a day.

The scale of the problem far exceeds the capability of any one local organisation or national body to address it.  There are many social clubs, lunch clubs, day centres and local voluntary organisations serving our older generation, all which have a valuable purpose, but they are a drop in the ocean in the context of wider social isolation.

Campaigners talk about elderly clients who sit on a bus all day because it is free and they have nowhere else to go, and people who visit their GP every week because they have no other company.

The days of elderly parents moving in with their families in their declining years are, by and large, long gone. Most people have careers and children and can’t fulfil the loneliness need – that is a simple recognition of reality.

But that generation could be made more aware of what can be done to alleviate the loneliness that older people suffer, and accept that they could afford to contribute towards more fulfilling lives for parents and elderly relatives.

And if MSPs really want to address the issue, they could perhaps start by challenging the public sector assumption that “free” care – ie care that has been paid for by someone else – is the only model of value.

This mindset does not take into consideration that many older people, who have looked after themselves all their lives, do not want to be dependent, and see imposed, hasty public sector provision as a kind of defeat.

It is an understandable viewpoint that there could be a social stigma about paying for companionship, but that should be weighed in the balance against the indisputable fact that such an arrangement can make elderly people feel more in control, with a greater sense of true independence.

MSPs could remind themselves of the original provisions of the Beveridge Report – the foundation of the welfare state – in which William Beveridge said that the state, “in organising security, should not stifle incentive, opportunity, responsibility”.

He wrote that the state should “leave room and encouragement for voluntary action by each individual to provide more than the minimum for himself and his family”.

If MSPs encouraged and promoted the concept that it is not unreasonable to pay for support, it might help many older people feel that they were engaged in a professional arrangement of which they were in control, rather than feeling that they were a burden.