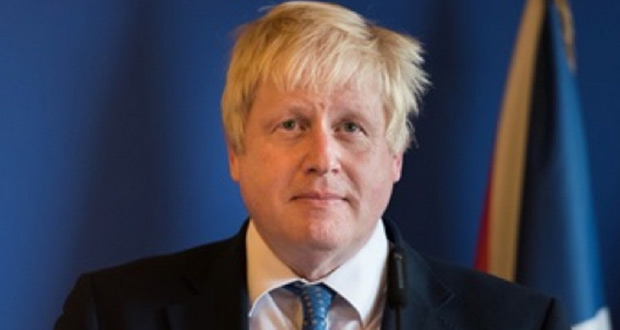 Supporting the NHS on its decade-long journey towards an integrated health and care system, as well as delivering extra investment for new buildings and infrastructure, social care and addressing major gaps in NHS staffing, should be at the top of the new Prime Minister’s priority list.

The letter warns the Prime Minister that the question of NHS funding is not yet settled, despite the £20.5bn funding settlement that kicked in from April this year. The settlement excluded some vital areas of expenditure that will in part determine whether the NHS can achieve the ambitions set out in the Long TermPlan, most notably capital spending, training and education budgets, public health and social care. Failure to address these in the next spending review will put the delivery of the plan in jeopardy, the NHS Confederation warns.

The front-line leaders that the NHS Confederation represents want to see urgent action on the 100,000 staff vacancies that are holding back the service – this is the single biggest challenge facing the NHS.

The staffing challenge has been exacerbated by a mounting pensions crisis that has resulted in many senior NHS doctors receiving large tax bills and deciding not to take up extra shifts. This is contributing to lengthening waiting times for patients – a situation that will only become worse as we head toward winter. The NHS Confederation welcomes the new Prime Minister’s recognition of this challenge and commitment to find a solution.

The Confederation also welcomes the early commitment to investing in capital projects, including upgrading 20 hospitals. Capital funding has been raided in recent years, leaving a damaging maintenance backlog and a lack of investment in new buildings and equipment such as scanners that are urgently required.

The organisation strongly welcomes the Prime Minister’s personal commitment to finding a solution to the crisis in social care that is leaving hundreds of thousands of vulnerable people unable to receive the vital care and support they need. The NHS Confederationleads Health for Care, a coalition of 15 national health organisations that is campaigning for a sustainable social care system, backed up by a long-term financial settlement. It is calling for a cross-party solution to help deliver a solution that will last for a generation.

Finally, the organisation is calling on the Prime Minister to ensure that patients do not suffer as a result of the UK’s exit from the European Union. Protecting the medical supply chain, honouring reciprocal healthcare agreements and establishing workforce agreements will be key.

“The Prime Minister’s to-do list is fullwithNHS issues that need solving now: social care is a national disgrace, NHS pension inflexibilities are lengthening waiting times and a lack of capital funding is hampering hospitals trying to improve services for patients. On top of this, we have 100,000 staff vacancies which are damaging patient care. The Prime Minister has been in post a matter ofdaysbut we welcome his early personal commitment to addressing these issues. He needs to act withspeed andconvictionand we will work with him and his government to help find the right solutions.”

Sean Duggan, chief executive of the Mental Health Network,which is part of the NHS Confederation, said:

“Increased focus on, and investment in, mental health services has enabled us to provide better care for more people than before but there is still a long way to go. Fewer than two in five peopleare able toget the support they need. Mental health sees some of the highest vacancies in the NHS and we aredetaining more people every year under the outdated Mental Health Act. On top of this, the racial disparities in detention rates are unacceptable. The commitments in the NHS Long Term Plan are a further jump towards true parity. We are looking forward to working with the Prime Minister and hope he seizes this pivotal opportunity to build on the recent progress and be a real champion for mental health.”

“We would urge the Prime Minister to put his full support behind the NHS Long Term Plan, as well as behind the NHS’ suggested legislative tweaks which will accelerate progress towards a less fragmented and more patientcentredapproach. As part of this, it is imperative that clinical leadership and decision making is maintained within the commissioning function at all levels to create an NHS that is fit for the future, with health and care working together ever more closely.”

“Since the NHS was created over 70 years ago, successive Prime Ministers have been accused of being hell-bent on “privatising” the NHS. It is vital that the Prime Minister debunks this myth, moves on from the tired arguments of “public good, private bad” and instead starts tackling the real challenges that the NHS faces. This must include concerted action on reducing waiting times for planned care which are now at their highest level for a decade with the government on course to have over 5.3 million people on an NHS waiting list by May 2022.”