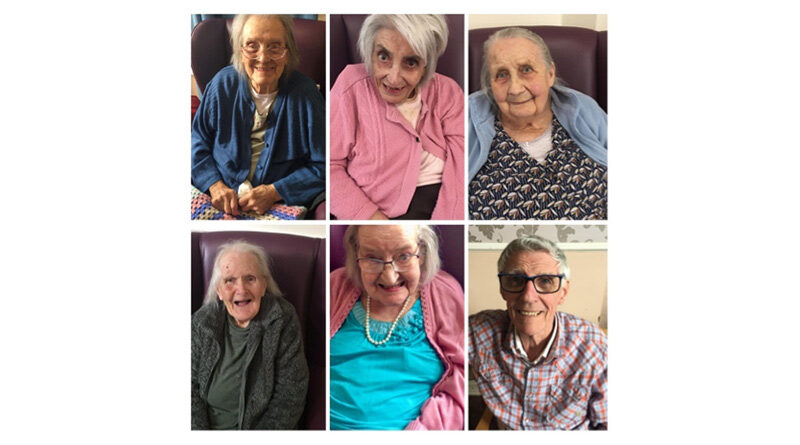 National limerick Day has been full of laughter and fun for the residents at Primrose Croft Care Home in Cambridgeshire.

At first, they enjoyed listening to some of Edward Lear poetry from the book of nonsense. One of the favourites being “There was an old man with a beard”

Pearl then asked the residents if they wanted to try and do their own Limerick poems. Many of the residents laughed and rolled their eyes saying they can’t do that.

Pearl explained that there is a rule to making a Limerick and once they know that they are halfway there, the rule is that a limerick consists of five lines arranged in one stanza. The first line, second line and fifth line end in rhyming words. The third and fourth lines must rhyme.

As it is Mental Health Awareness week the first Limerick the residents decided to try related to nature. They decided to start off with a tree, where a bee sits and the last line was to be tree, the third line to end with flower and the fourth to rhyme with flowers would be hours. This is their finished Nature Limerick

There is a big old tree

And in it sits a bee

Looking down at all the flowers

Waiting patiently for the right hours

Until it is time for tea

Once the residents had collated their first ever limerick Pearl read it out and everyone felt very satisfied with themselves.

Edith wanted to do one about a birthday and came up with this one.

There was an old man from Crew

Who says Happy Birthday to you

He gives him a clock

And now its time for a brew

After Edith poem was read out Josephine said bless his cotton socks, so that got everyone thinking of another Limerick which ended like this.

There was a very crafty fox

That came across a dairy box

He smelt it from afar

And shouted out hurrah

Ursula suggested the word summer and straight away Rita called out mama and plumber for the rhyming words.

We are all looking forward to summer

Working for our pay

So to pay the plumber

The last limerick was based on Hello.

We just want to say hello

To all our lovely fellows

To make us feel more mellow

Residents said that they had really enjoyed this activity making up limericks and would never have thought of trying.

The national days are really good to base activities around as it really gives a huge variety of choices and different ideas that you may not have thought of doing before.