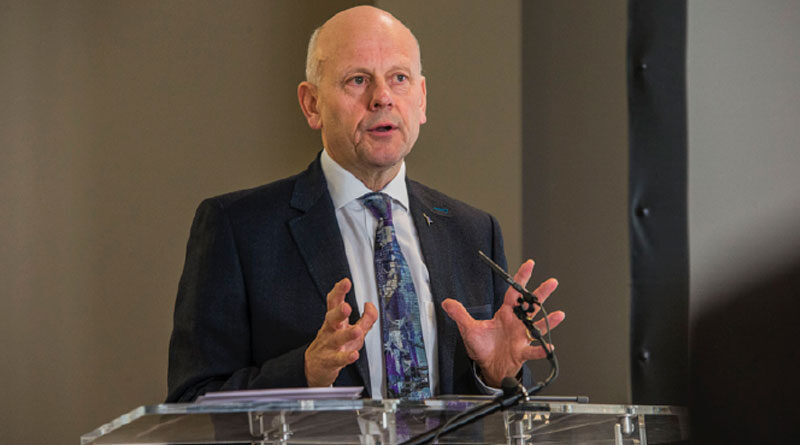 A social care champion has accused Carmarthenshire Council of trying to “defend the indefensible” over care home fees.

Cabinet member Jane Tremlett was unhappy after the authority was named and shamed by Care Forum Wales after they compiled a table that revealed massive discrepancies between the fees paid by different councils.

In the case of Carmarthenshire, it showed that the council pays £8,700 less per person, per year for Nursing EMI care than Torfaen Council in Gwent – for exactly the same level of care.

Cllr Tremlett had hit out after Care Forum Wales published a table highlighting the post code lottery of fees in Wales in which Carmarthenshire was seventh from bottom.

She claimed that the organisation, which represents nearly 500 independent social care providers, was causing division.

Mario Kreft, the chair of Care Forum Wales who was made an MBE for his contribution to social care, said:
“Carmarthenshire Council clearly do not like being confronted with the truth because in their response they are trying to defend the indefensible.

“If they think it is fair that Carmarthenshire pays £8,765 per person, per year less than Torfaen in Gwent for Nursing EMI care for providing exactly the same level of service, they are living in cloud cuckoo land.

“This issue was laid bare once and for all by Merthyr Council a couple of months ago when councillors were given legal advice that it was unlawful not to pay fees that reflected the legitimate current and future costs of providing care, as well as the factors affecting those costs.

“They were warned the fees set needed to be adequate to enable providers to meet the specifications set by the commissioners, together with regulatory requirements.

“The table we have compiled has highlighted the grossly unfair post code lottery of fees in Wales, with massive discrepancies between the top of the bottom – up to £11,000 per person, per year in some places.

“Carmarthenshire Council are clearly upset about being named and shamed – but it’s their own fault.

“After years of campaigning for fair fees, the tide is turning and the momentum is heading one direction so this has come as a reality check for Carmarthenshire Council.

“Unfortunately, the council is trying to keep the true facts hidden from the good people of Carmarthenshire.

“It’s about time the cabinet member was honest and up front with the electorate about why they do not properly value the care provided for the most vulnerable people in our society.

“Contrary to what Cllr Tremlett suggests, this is actually all about seeing the big picture because she appears to be blinded to facts of the matter.

“Back in the 1990s Care Forum Wales campaigned for the introduction of national standards of care to be overseen by a national inspectorate and that came about 22 years ago.

“It won’t take into account that a home in Torfaen receives £350,000 more than a home in Carmarthenshire which is grossly unfair.

“Some local authorities – notably Torfaen, Merthyr, Gwynedd and Anglesey – are really stepping up to the plate and should be applauded but it’s clear that there are others who cannot be trusted to do the right thing.

“This is why, as a matter of urgency, we need a complete overhaul of the system so that we have a national framework to ensure fair minimum fee levels.
“Without fair fees, the only way that care homes can remain viable is by charging top of fees so that they can meet those additional costs.

“Inevitably, those councillors are placing the burden on honest, hard-working families and it all adds up to a stealth tax on them at a time when the cost of living is going through the roof.”