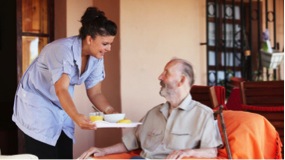 Poor hospital discharge practice is leading to unnecessary patient suffering and millions in wasted resources, according to a new report.

Published by Healthwatch England, the report identifies that carrying out procedures recommended by NICE, can help prevent many of these errors from occurring.

The cost of discharge when it goes wrong can place a significant burden both on the lives of individuals and on resources. A YouGov poll carried out in June 2015 found that nearly a fifth of people who have been discharged from hospital in the last 3 years did not feel they received all the social care support they needed after leaving hospital.

In addition, 26 per cent felt their friend or relative did not receive the social care support they need, and 1 in 8 felt they were unable to cope in their own home after being discharged. In 2012-13 there were more than a million emergency readmissions within 30 days of discharge. This costed the economy more than £2.4 billion.

The newly published report highlights more than 3,000 stories and pieces of evidence that reveal the cost of getting the discharge process wrong.

It identifies several, common basic failings which it says is contributing to this. These include hospitals not routinely asking patients if they have a home or safe place to be discharged to, details of medications not being passed on to GPs and carers, and families not being notified when loved ones are discharged.

The report says many these examples could be avoided if recommendations from NICE guidance on service user experience were more regularly put into practice.

The guidance states that the transition from one service to another may evoke strong emotions and reactions in people using mental health services.

As a result, services should ensure that:

Further recommendations cover areas such as agreeing discharge plans with the service user, and giving service users clear information about all possible support options available to them after discharge or transfer of care.

Professor Gillian Leng, Deputy Chief Executive of NICE, commented: “We welcome the new report from Healthwatch England on vulnerable groups and their experiences of the hospital discharge process. This is an important report, highlighting the missed opportunities to provide the support that patients need after hospital discharge.”

She added: “NICE is currently consultation on its draft health and social care guideline to help manage the complicated needs of adults being admitted to and discharged from hospital who are receiving or need support from social care.”

“A quality standard setting out the actions that signal effective, safe, high quality hospital discharge planning will be published following the final guideline.  Both documents should then be used to improve discharge safety in the future. In the meantime, we encourage everyone with views on how to improve hospital discharge to take part in our consultation which runs until August 6.”

Anna Bradley, Chair of Healthwatch England, added: “There is a huge human and financial cost of getting discharge wrong. We hope that the increased focus on integration of health and social care, and pressure on finances will create a new impetus to fix it.”