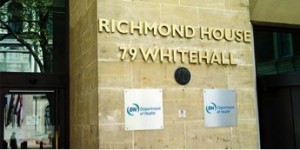 In future spending discussions, departments and the Treasury should unambiguously define service and savings requirements, and ensure they are clearly, consistently and transparently presented to all parties according to the Public Accounts Committee report published today, 26 February.

However, with the redesign of the Fund after April 2014, the priority has shifted from improving local services through integration to protecting NHS resources. It appears to the Committee that NHS spending was judged a higher priority than supporting adult social care.

The initial planning for the Fund was deeply flawed. Whilst NHS England and the Department of Health worked on a planning assumption that the Fund would secure £1 billion in financial savings for the NHS, the Department for Communities and Local Government had not worked on the basis of a required savings target.

The failure to be clear with local areas about the expected savings severely undermined the initial planning process. When local plans were stress tested, savings of just £55 million were identified – nowhere near £1 billion.

With the arrival of NHS England’s new chief executive in April 2014 came the stimulus for the pause and redesign of the Fund, leading to the requirement that £1 billion be protected for the NHS.

As a result, all 151 health and wellbeing boards had to submit revised plans, resulting in wasted time, effort and money. The latest plans suggest that local areas expect to pool £5.3 billion and save £532 million in 2015–16.

The Local Government Association considered that the redesigned scheme moved the integration agenda backwards and not forwards, and it told us that local government had contemplated walking away from the Fund. Local areas are now at greater risk of not being able to implement the policy.

It is not yet clear how all local authorities will protect adult social care services to the extent intended. At the time of the hearing, fourteen local plans presented serious concerns with regard to the protection of adult social care in those areas.

Demographic changes mean demand for adult social care services is increasing at a time when available resources are shrinking, and the scale of the challenge facing local government and the NHS is growing as demand for health and care services increases.

All the agencies involved need to rise to this challenge as failure, particularly for older and disabled people, is not an option. The Departments should publish an annual scorecard to demonstrate the extent to which the Fund is supporting integration, maintaining adult social care, reducing emergency admissions and saving money.”

The £5.3 billion Better Care Fund was introduced as an opportunity to transform local health and social care services by pooling resources to stimulate closer joint working and innovation for the benefit of local populations and the taxpayer. The initial planning for the Fund was deeply flawed. The Department of Health and the Department for Communities and Local Government (the Departments) and NHS England changed the rules in the middle of the planning phase, after failing to tell planners they needed to identify £1 billion in savings.

As a result, all 151 health and wellbeing boards had to submit revised plans resulting in wasted time, effort and money. Local areas are now at greater risk of not being able to implement the policy. The scale of the challenge facing local government and the NHS is growing as demand for health and care services increases. We are concerned that the new focus on reducing emergency admissions and making savings will significantly increase pressure in adult social care services.

The Better Care Fund aims to deliver better, more joined-up local services to older and disabled people to care for them in the community, keep them out of hospital and avoid long hospital stays. Initially the Departments and NHS England expected savings to come to the NHS from this initiative. However when local plans were stress tested savings of £55 million were identified against an initial expectation of £1 billion. The Departments and NHS England redesigned the Fund and asked local areas to submit revised plans in September 2014. The latest plans suggest that local areas expect to pool £5.3 billion and save £532 million in 2015–16.

Responding to the PAC report on planning for the Better Care Fund, a Local Government Association spokesman, said:

“This rightly recognises the significant work that councils have had to undertake to make sure that vulnerable people do not suffer at the hands of last-minute government changes to the Better Care Fund.

“Councils, health partners and MPs have all recognised that continuing to protect and invest money in the NHS whilst forcing councils to cut their already chronically underfunded social care budgets is a false economy which risks leaving councils unable to alleviate the pressure on the NHS and the most vulnerable people in danger of losing vital community care. Protection for social care funding now needs to be urgently addressed in a similar way as it has been for the NHS.

“Local government has long argued that a local approach is the only way to bring together health and social care and not a top-down approach from Whitehall. The micro-management of this process and the redesign of the fund have seen no significant changes in the plans themselves or in the care and support they can be expected to bring to people who need it most. It is obviously too soon to draw conclusions about the success of the Better Care Fund at this stage.

“The failure to set out the £1 billion savings target to councils along with Ministers’ decisions to move the goal posts to respond to financial concerns raised by the NHS has made carrying out these plans more difficult and left many councils with very little time to implement the changes before the April 2015 deadline.

“While it was clear from the outset that the Better Care Fund was not bringing in new money for health and social care, the fundamental problem started when the £3.8 billion pool was placed in the spending power for both the NHS and local government, making the process competitive rather than collaborative.

“Local government is still committed to the principles of health and social care integration, but it must be a shared ambition.”