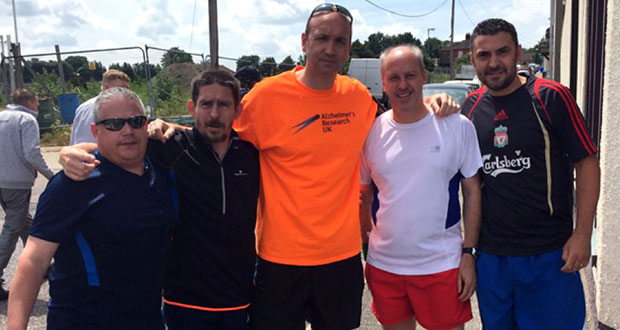 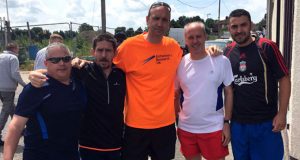 Matthew Deller, though having the whole summer to clock up 100km, made it his mission to run 10k every day for 10 days as a personal challenge while completing Running Down Dementia.

While juggling being a father-of-two, his marketing job in London, and supporting his father in looking after his mother, who has Alzheimer’s, Matthew has completed 100km by running on his lunch breaks and tagging 5km onto the end of his parkrun each week.

The 42-year-old, who is from Sittingbourne, Kent, has raised a grand total of £525.96 for Alzheimer’s Research UK so far – placing him at number 17 in the Running Down Dementia national leaderboard.

“I do go running quite a bit and take part in parkrun most weeks, so I thought, why not challenge myself by doing more?

“In I went with both feet, literally. It was a spur of the moment decision but I’m so glad I did it. Other people got behind me, and in all 10 days I only did one run by myself.

“The hard bit was having little recovery time, but that’s what I love about Running Down Dementia, that it’s asking people to push themselves.

“My mum was diagnosed two-and-a-half years ago, but she had Alzheimer’s for a while before that. It’s been a massive change in lifestyle for my mum, and it’s had a huge impact on my father who is her primary carer.

“I very quickly had to get myself up to speed with how to care for someone with Alzheimer’s. She doesn’t communicate that much now but we are trying to make the best of the time we have with Mum.

“I think more research needs to be done to fight dementia, and that’s why I signed up to the challenge. I’ve already seen so many people get involved with it, it’s wonderful. I’d urge anyone else considering it to sign up.”

In all, four of ten runs were done over Matthew’s lunch hour in Regent’s Park, London, and on the last run eight of his work colleague’s joined him.

“Running Down Dementia is designed to be manageable for everyone. If you can’t run your 100km, you can walk it.

“Equally, if you’re a keen runner, why not set yourself your own challenge to complete it just like Matthew? We can’t thank him enough for his efforts.

“This is an amazing sum which will provide a significant amount of help to our scientists as they continue to find preventions and treatments for dementia.”