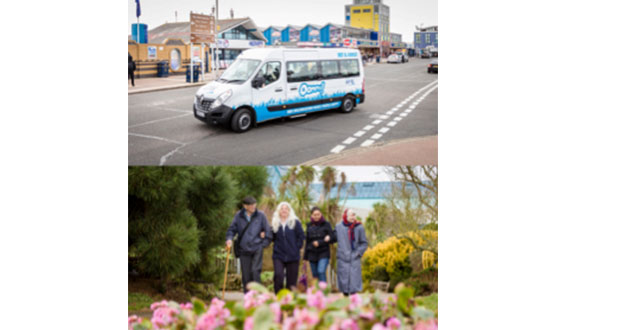 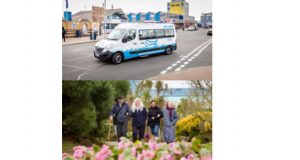 Barchester Healthcare Founder, Mike Parsons along with the Care and Wellbeing Fund and Nesta Impact Investments have together invested £1.5m into a radical new outings service for older and vulnerable adults in care by award winning social enterprise Oomph! Wellness. Out and About provides an end-to-end excursions solution including transport, drivers and a tailored schedule of trips for care providers.

In spite of huge pressures on social care budgets, care homes still need to provide wellbeing activities, but are searching for new ways to deliver more for less. Oomph!’s excursion service will typically allow homes that organise outings themselves to benefit from up to 3 times more trips for half the cost according to analysis by Deloitte.¹ The service will provide up to 6 trips a month for a flat fee. Prices will start from £160 per excursion, putting regular outings within reach of services that can’t currently offer them.

In total, Oomph! is spending £4m to put the Out and About service on the road in five regions² following a successful pilot. The balance of funds has been obtained through debt finance. The company’s first major funding round will grow their minibus fleet to 80 in 2017 reaching 300 by 2020 by which time Oomph! will be rolling out half a million individual journeys nationwide per year³.

Leading regional care groups including WCS Care, HICA and Cumbric Care Group are amongst others jumping on board when outings start running from March. Day trippers will take in premium locations such as museums, music and sport events, botanic gardens and art galleries as well as outings to markets, pubs and farms.

Oomph! Wellness has delivered strong, consistent revenue growth. From seed funding in 2013, it has doubled turnover year on year since 2014. The company is already operating in care settings from the Shetlands to the Channel Isles which will enable it to benefit immediately from economies of scale, pooling capacity for outings between multiple services in a region.

Oomph!’s founder Ben Allen said: “The Out and About model radically reduces the cost and effort of running outings for care services. We are effectively helping services in an area to club together to achieve economies of scale whilst each still gets exclusive outings for their residents.”

“Care home owners have told me of their dismay for residents who’ve not been outside for months. I just can’t accept that so many vulnerable people are stuck indoors due to public funding pressures.”

Mike Parsons, Founder of Barchester Homes and care industry expert became Chair of Oomph! in 2016 and has put over £1m into the business to date. Investing £300,000 of his own money into this venture he said: “This is a no brainer for care services, Out & About excursions will significantly enhance the offering of providers currently unable to afford regular day trips and provide a much savvier option for those burdened with the costs and logistical issues involved in running their own outings.”

Whilst Oomph! is well placed to capitalise on its existing reach and reputation within the care home sector, it is vigorously exploring expansion into adjacent markets such as learning disability services. Social Finance, who manage the Care and Wellbeing Fund, led Oomph!’s first major investment round providing £800,000.

Existing shareholder Nesta Impact Investments subscribed £310,000 in this round. Commenting on the deal Helen Gironi, Investment Director at Nesta and a member of Oomph!’s board said: “We first invested in Oomph! in 2013, attracted by its innovative and scalable approach to bringing health and wellbeing benefits to older and vulnerable people. There is strong evidence of the impact Oomph! has had already on people’s lives and we are delighted to support the business to extend this further.”

Christine Asbury is Chief Executive of WCS Care which runs 12 care homes across Warwickshire, including five rated ‘outstanding’ by the CQC4 – being amongst the first to sign up to Out and About, she said: “Residents should do what they’ve always done – as well as try new opportunities should they wish – and staying connected to their local community plays an important part in that. With support from Oomph!, we’re able to enhance our existing approach to activities and offer even more trips that are tailored to people’s individual needs.”