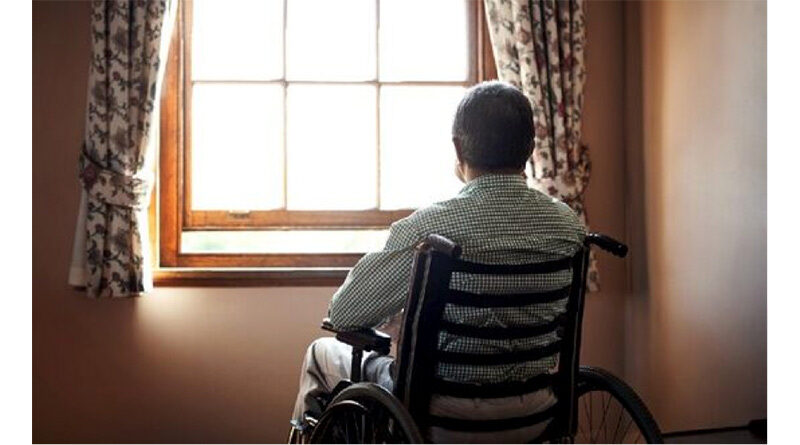 Care home managers and staff say they were left without guidance, PPE or access to testing

Amnesty calls for a full independent public inquiry to commence immediately, and for the revision of current restrictive visiting guidelines

Amnesty’s 50-page report – As If Expendable: The UK Government’s Failure to Protect Older People in Care Homes during the COVID-19 Pandemic – shows that care home residents in England were effectively abandoned in the early stages of the pandemic.

Between 2 March and 12 June this year 28,186 “excess deaths” were recorded in care homes in England, with over 18,500 care home residents confirmed to have died with COVID-19 during this period.

Care home managers and staff described to Amnesty “a complete breakdown” of systems in the first six weeks of the pandemic response. They spoke of waiting to receive guidance, struggling to access (adequate amounts of) PPE, and of having no access to testing, despite having to manage infected patients urgently discharged from hospitals.

Most shockingly, on 17 March, four days after the World Health Organisation (WHO) declared COVID-19 a global pandemic, the Government ordered the discharge of 25,000 patients from hospitals into care homes, including those infected or possibly infected with COVID-19.

On 2 April, the same day that the WHO confirmed the existence of pre-symptomatic cases of COVID-19, the Government reiterated its guidance for hospital discharge that ‘Negative tests are not required prior to transfers / admissions into the care home’.

Several care home managers told Amnesty that they had no COVID-19 in their homes until after they received patients discharged from hospital. The manager of a care home in Yorkshire  said:

“Because of what we’d witnessed in Spain and Italy, we stopped visitors on 28 February and got PPE. We had no cases until 28 March when a resident was discharged from hospital with COVID.”

These and other decisions taken by the Government led to violations of human rights of older people in care homes during the pandemic – notably their right to life, their right to health and their right to non-discrimination.

“The Government made a series of shockingly irresponsible decisions which abandoned care home residents to die.

“Discharged without being tested, thousands of older people were sent to care homes at great risk to themselves and other residents and to staff.

“The appalling death toll was entirely avoidable – it is a scandal of monumental proportions.

“As the country faces a second wave of coronavirus, we urgently need a full independent public inquiry into the care home scandal, so that lessons can be learned and lives protected, before any more lives are lost.”

Amnesty has launched a new campaign calling for a full independent public Inquiry into the pandemic, with an interim phase starting immediately focusing on older people in care homes.

The human rights organisation is calling on the Government to also:

From the outset, it was known that COVID-19 presented a disproportionately high risk of serious illness and death to older people, with the UK’s 400,000 care home residents – many living with multiple health conditions, physical dependency, dementia and frailty – at even greater risk.

Yet despite this, the Government failed to take measures to protect care homes residents. Up until 13 March, two days after the World Health Organisation declared COVID-19 a global pandemic, Public Health England advised that, “There is no need to do anything differently in any care setting at present”.

“It is as if care home residents were seen as expendable. Despite thousands of empty beds they were de-prioritised when it came to getting access to hospital care, and had blanket do not resuscitate orders imposed on them without due process. Such abuses are deeply disturbing.

“It is imperative that lessons are learned so that the same mistakes are not repeated, and that those responsible for such disastrous decisions are held accountable.”

Amnesty received multiple reports of care home residents’ right to NHS services – including access to general medical services and hospital admission – being denied during the pandemic. Care home staff and relatives told Amnesty how sending residents to hospital was discouraged or outright refused.

The son of one care home resident who passed away in Cumbria said that sending his father to hospital had not even been considered:

Official figures show admissions to hospital for care home residents decreased substantially during the pandemic, with 11,800 fewer admissions during March and April compared to previous years.

Amnesty received multiple reports right across the country of doctors refusing to enter care homes and only being available for consultations by phone or video call, regardless of a sick resident’s symptoms or even in the case of end-of-life support.

“It varied across the country, but GPs and district nurses have not come into the majority of our homes since the beginning of the pandemic. Not even to carry out essential work.”

Misuse of ‘Do Not Attempt Resuscitation’ forms

Throughout the pandemic, repeated concerns about the inappropriate use of Do Not Attempt Resuscitation forms have been raised. Care home managers reported to Amnesty cases of local GP surgeries or Clinical Commissioning Groups requesting that they should insert DNAR forms into the files of residents as a blanket approach.

Amnesty’s research exposed how a group of six Sussex CCGs issued DNAR guidance on 23 March 2020 to 35 GP surgeries and 98 care homes. The document instructed all practices to: “Search your clinical system for any care home patients who do not have a resuscitation order recorded (either ‘not for’ or ‘for’ resuscitation) and put appropriate orders in place”.

The guidance also related to hospital admission, asking GPs to ensure “patients who do not already have a ‘do not convey to hospital’ decision are prioritised and have one in place”.

It was not until 7 June that every care home for those aged 65 and older had finally been offered testing. The introduction of regular testing for homes was not announced until 6 July.

A Durham care home manager who spoke to Amnesty in mid-August said the provision of testing was still far from adequate:

“It hasn’t become clearer – I’ve tried to get access to testing. We’ve been all over the shop. We got onto the repeat-testing initially … then it was a different one. There was some testing for care staff and residents, but I’ve no idea what the next few weeks will look like.”

Whereas the NHS was promised “whatever it needs, whatever it costs” to deal with the coronavirus outbreak, care homes were left to struggle to find PPE.  Most care home staff and managers interviewed by Amnesty said they had faced serious difficulties in obtaining PPE through their usual suppliers. Some said they were told supplies were reserved for the NHS. A care home manager in Norfolk said:

“[In March] we tried to order PPE. We normally have aprons or gloves on hand but did not have the numbers needed. We were getting in touch with our usual suppliers, but they were saying ‘we can’t give them to you, they’re on order for the NHS’.”

Such neglect of care homes needs put residents as well as staff at risk, many of whom also suffered, with high rates of infection and disproportionate death rates.

As the level of COVID-19 transmission decreased markedly over the summer and visits recommenced in some form, the devastating impact of isolation on the physical and mental health of older people who survived in care homes has become more visible. The consequences are tragic in some older people: reduced movement and cognitive functions, loss of appetite, depression, and a general loss of the will and desire to live.

“I have not been able to visit my poor mum for six months. She is bed-bound and is on the first floor so window visits have not been possible. Her room is right next to a fire exit so I could go to her room without having to pass through the home but ‘bedroom visits’ are not allowed. I have been informed [by the manager] by email ‘that I will only be able to visit when she is dying’.”

Care home residents should not be subject to blanket restrictions on their private and family life, except for restrictions which are appropriate to their specific circumstances based on individualised risk assessments and which take into account the impact on physical and mental health.