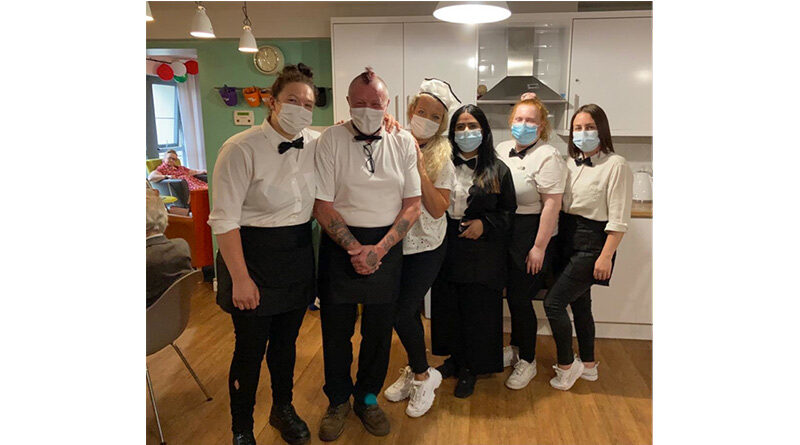 FAMILY members living at Skylarks care home, part of Nottinghamshire-based care group Church Farm Care, have enjoyed a trip across Europe this week, thanks to a three-day cruise with a difference.

The mock-cruise, which took place from 15 June to 18 June, took people on a short voyage to France, Spain and Italy through a whole host of different activities and foods, culminating in a captain’s dinner at the end of the cruise.

The first destination, France, saw both staff and family members dress up in traditional French outfits and participate in various activities throughout the day, such as painting and grape squashing, ending with a Parisian-inspired menu.

Liz Norton, former training, learning and development manager at Church Farm Care who left her role earlier this year, said: “I’m absolutely thrilled to see the cruise come to fruition, after coming up with the idea during the pandemic when travel was completely postponed, and I couldn’t be more proud of the whole team for pulling the event together, it has truly been fantastic.

“This event has rounded off my career at Church Farm Care perfectly, the five years I spent at Skylarks were wonderful and the family members have been a pleasure to care for, so I like to think that this trip is my way of saying thank you and ‘au revoir’ to everyone.”

The next stop saw the cruise dock in Spain, with arts and crafts including sombrero and garland making and Spanish cuisine, and then, on the final day, the ship arrived in Italy where family members spent the day making their own pizzas and tiramisu.

The end of the cruise brought the typical captain’s dinner, where Skylarks team members donned white shirts and bow ties to serve a three-course-meal to family members. Each day, the home was decorated to tie in with the country’s theme and traditional music was played to really transport those living at Skylarks to the different locations and completely transform the home.

Nikki Foster, house leader at Skylarks, said: “We wanted to start of the summer with a bang and, even though we can’t enjoy a real European cruise, we’ve been able to offer a taste of the Mediterranean to both family members and staff alike. The captain’s dinner was a real highlight as we had hairdressers and makeup artists come in on the morning of the meal to get everyone glammed up for the big night. We even brought in two local musicians, Lady Rose, who provided live music throughout the night to make it as magical as possible.”

Patrick Atkinson, director at Church Farm Care, said: “The European Cruise has been a resounding success and I’m so proud of Liz, Nikki and the whole team at Skylarks for coming together to create such a wonderful event for our family members. At Church Farm, we pride ourselves on going the extra mile for those living with us, even to the point of making boarding passes and passports for everyone, so they truly felt like they were travelling to France, Spain and Italy.”