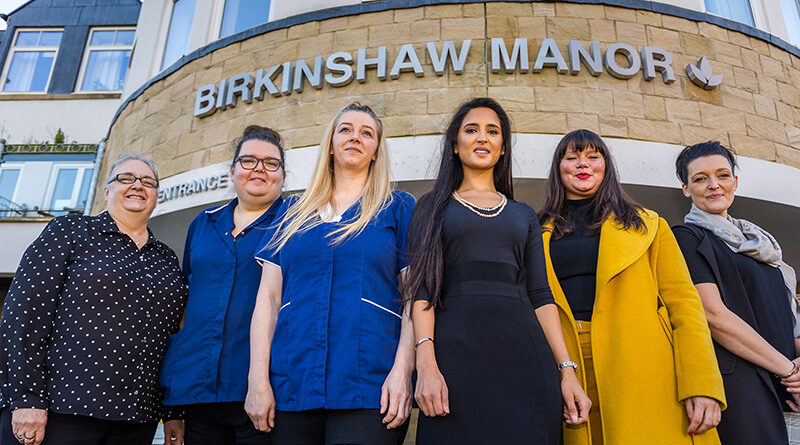 A Northumberland care home has been saved from certain closure and the loss of local jobs and services after a new provider stepped in.

Vital Care Services has now taken over the former struggling Baedling Manor at Front Street, Bedlington and have not only given it a new name but have also secured the home’s future and that of its 50 plus staff.

The 55 bed residential home has been renamed Birkinshaw Manor as a nod to John Birkinshaw, one of the area’s most famous sons who invented the wrought iron rails which were used on the Stockton to Darlington railway line – the first in the world.

And under the control of director and nominated individual Geetika Malhotra, the home is now facing a new and much more positive future.

“We are delighted to have secured this home and to have been able to protect important services for the local community, while safeguarding over 50 local jobs,” she said.

Although this is a new venture for the trainee lawyer, she is no stranger to the care business as her family have been operating care service across the North East for more than 35 years.

“I have seen my father, Bunty Malhotra, develop care homes since I was a child and I am very excited to now be able to follow in his footsteps but operate independently,” said Geetika.

Further investment in the home is now planned, with Geetika already holding a number of meetings with staff to take on their ideas and suggestions, who have welcomed the new regime.

Nicola Undeldorf, the registered manager for Birkinshaw Manor said that everyone “had worked very hard to make improvements in recent months as a team.”

“We are very pleased with the new vision and structure now in place as it is already making such a difference to staff morale and care delivery,” she said.
Geetika has been taken on board staff suggestions and is now also planning meetings with residents, their families and stakeholders.

“It’s very important to me that service users and staff feel that their opinions matter and that we can all work as a team to achieve the best outcome for our residents.,” she said.