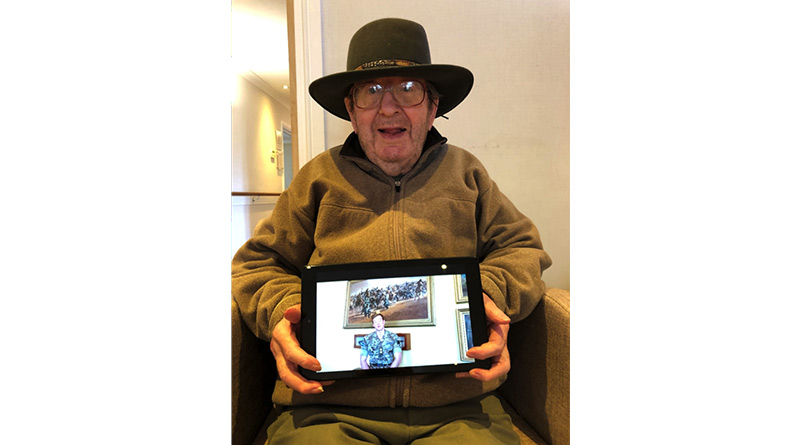 An ex-army Resident at HC-One’s Kirkwood Court care home in Newcastle has received a video message off the army, just in time for VE Day.

Tommy, a Resident at Kirkwood Court, used to be a Warrant Office in the Intelligence Cor. He served 27 years in the Army with posting in Germany and Poland and he has received a general service medal for his efforts.

With VE Day approaching, a member of staff from the home who had family in the Army reached out to them with the hope that they could record a personalised video for Tommy, explaining what life is like in the Army today and what changes it has seen over the years.

Alex also went on to thank Tommy for his years of service and sent him his best wishes for the future.

Sarah, who is Head of Care at Kirkwood Court said: “We are hoping to keep in touch with Lieutenant Schofield and the possibility for a visit when the pandemic is all over.