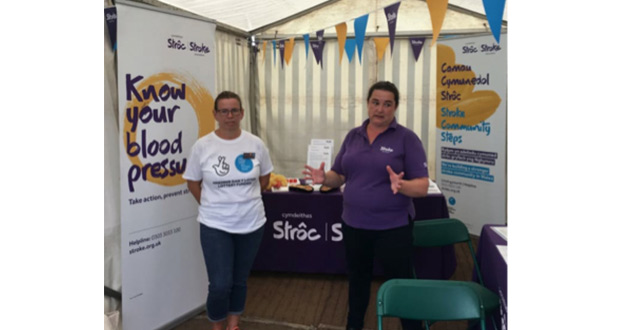 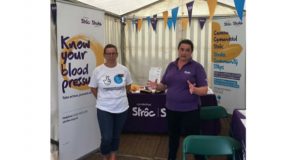 Many more stroke survivors and their carers across Wales will be now able to receive additional support to help with their recoveries, thanks to the launch of a brand new project ‘Stroke Community Steps’ run by the Stroke Association.

The four-year project funded by the Big Lottery Fund aims to enable people affected by stroke to access community facilities and activities, such as accessible golfing sessions, sailing and art classes. The project also aims to increase the public’s understanding and awareness of stroke and the needs of those affected by it.

“Our four project officers across Wales will speak to people affected by stroke to determine the support that they need to leave the house, to be more active and to rebuild their confidence after such a life-changing event. She will also speak to carers to discuss how the project can support them.

“Many stroke survivors need support to get back out into their communities so that they don’t end up prisoners in their own homes.

“Through the ‘Stroke Community Steps’ project we now plan to offer that support, be it getting out for a golfing session or meeting up with other stroke survivors like themselves. We’re also here for the carers of stroke survivors and we’ll be working with them directly to understand their needs.”

Bethan Milner’s husband Aaron had the first of several strokes when he was 35, in 2015. Mother of four Bethan hopes the project will help her to meet others who are dealing with the demands of everyday family life and the challenges of returning to employment.

“We like going to the Stroke Association group for socialising over lunch, but Aaron is the youngest by about 30 years and he’s often said it would be great to hang out and interact with more people his own age.

“I also think it would be great if ‘Stroke Community Steps could help me to meet other carers so that I can share some stories and seek advice and tips on things like going back to college or getting back into work. As the children get older and Aaron gets the support he needs to get fitter so that he can volunteer, I want to find how I can support other people like us to rebuild their life after stroke.”

“Once Aaron gets the support he needs to get fitter, he wants to volunteer. I also want to offer my support to other people like us, as they rebuild their life after stroke.”

“We believe that ‘Stroke Community Steps’ will make such a difference to the lives of so many people in communities across Wales, and it’s projects like this that deliver on our promise to use National Lottery funding to regenerate and revitalise communities, tackle disadvantage head on and leave a lasting legacy.”