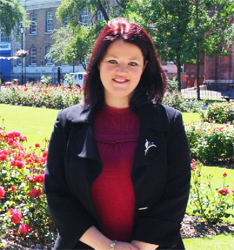 Having raised the cap on long-term social care funding far beyond the recommended level, the Care Act 2014 looks set to leave the majority of older people to shell out privately for care that should be provided by local authorities.

Solicitor and advocate for the elderly, Helen Forster of Simpson Millar, fears thousands will lose out on publically funded care simply because the qualifying assessment will come too late for most.

Despite calls to cap the amount an individual will have to pay for care at a much more affordable level, the Department of Health will instead be implementing a £75,000 cap on care costs before the local authority steps in to cover the rest.

Helen says: “The issue is in the timing of the assessment which determines whether someone is in need of care. Under the new rules, the tab will start running from when person has an eligible need. Unfortunately it is still entirely unclear what that really means.”

According to a recent BUPA report, the average length of time a person lives in a care home is two and a half years, which can be astronomically expensive. BUPA has sighted that the average yearly cost can be upwards of £30,000, and as a result it is unlikely that the majority of people will ever exceed the £75,000 cap.

Helen adds: “Many people in need of care will not be aware that they need to contact their local authority to be assessed before the point that they move into a care home. The care they receive and pay for themselves beforehand at home should be factored into the £75,000, but in most cases it won’t be, simply because these people will not have been formally assessed and deemed to have an eligible need. Any care costs paid out privately before an assessment will not count even though they should.

“In my view, social care reform should be undertaken with a strong focus on the needs of the elderly. Instead, the Care Act will leave thousands of older people to privately fund their own care just as they did beforehand. Although it remains to be seen whether the Care Act will be a step in the right direction or merely a side-step which does not make any difference to those in need, I fear that it will be the latter.”