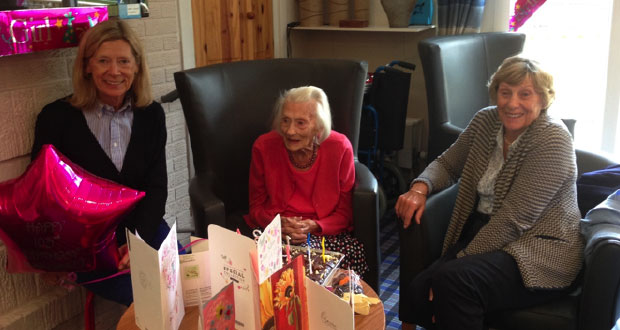 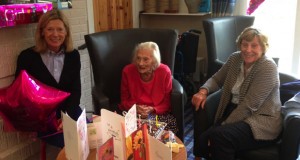 A 103 year old woman who became a national hit after revealing a love of hot curries as her secret to a long life has landed a well-deserved award nomination.

Margaret Phillips, a resident at Bupa’s Balcarres care home in Dundee, was dubbed the ‘nan who loves naan’, thanks to attributing her good health and longevity to a love of the fine Indian cuisine.

Now, the super-centenarian is in the running to be crowned this year’s Curry Lover of the Year at the Scottish Curry Awards 2016, having received an impressive number of nominations from members of the general public. She is one of just seven shortlisted for the coveted title.

The great-grandmother of 16 was born in Dundee in 1912, but spent nearly 15 years of her life living in India, marrying her second husband in Bombay (now Mumbai) and honeymooning at the famous Taj Mahal Palace & Towers hotel.

It was during this time that Margaret discovered a fervour for the spicy dish, and boosted her talents in the kitchen.

Margaret’s daughter, Jacqueline, said: “She certainly makes a mean curry and, before she moved to Balcarres, she was famous within the family for her curry suppers, which she would hold on a regular basis.

“The whole family is thrilled that she has been nominated. It was a huge surprise but we honestly cannot think of anyone more deserving of the Curry Lover of the Year title.

“We would like to thank everyone who has voted for her to get this far. We all have our fingers crossed for the big night – but either way she is already a winner in our eyes.”

The Scottish Curry Awards 2016 are to be held at the Marriott Hotel in Glasgow on the 4th of April.

Margaret is regrettably unable to travel to the awards ceremony, so her grandson will be attending on her behalf.

To ensure she isn’t missing out, however, Balcarres care home will host a celebratory curry night the same week, serving up a feast of fiery dishes, including Margaret’s favourite Prawn Madras.

Lynn McLean, Home Manager at Bupa’s Balcarres care home, said: “The staff and residents are absolutely delighted that Margaret has been nominated for this award – it’s such a unique opportunity so it’s all very exciting.

“As she is turning 104 this summer, she is no longer able to get out and about as much as she used to, so unfortunately won’t be able to attend the ceremony, but we think the curry night will be a fantastic alternative, and something a little bit different for all the residents to enjoy.

“Margaret is such a pleasure to be around and very popular with everyone who lives and works here. We’re all very proud of her and wish her the best of luck for the Awards.”