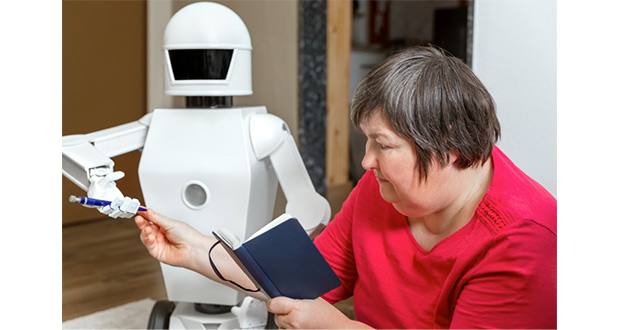 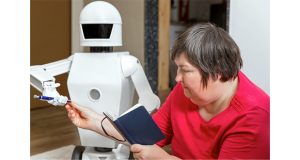 Results from a survey of over 2,000 people show significant resistance amongst the UK population to Artificial Intelligence (AI) being used to provide care.

This resistance comes in spite of the current skills shortage crisis facing the sector and the huge potential for robots to address this and save money for the NHS.

The research, carried out by UK recruitment specialist Randstad involved 2,694 people, with 2,224 (83%) saying they don’t think robots should be used in the care industry and only 470 people (17%) in favour of AI helping to fill the skills shortage.

A recent report, also carried out by Randstad, shows the UK lagging behind the rest of the world in terms of positive attitudes to AI in the workplace. Digitalization At Work, published in November 2018, shows that only 48% of UK citizens think AI will positively affect their job in the next 5-10 years, compared to 59% globally and 88% in China.

“The current skills shortage in the care sector has potential to have a detrimental impact on patients over the next few years. With various factors contributing to the crisis, unless more people are encouraged to enter and remain in the industry we may look towards technology to help provide the vital care services that the majority of us would ideally prefer humans to deliver.

We talk to care workers daily, and know that two of their biggest concerns are remuneration and time pressures. Our data tells us that public perception of AI and robotics in care isn’t positive, however we need to work towards highlighting some the potential benefits it can bring to make care roles easier and more fulfilling for the vital workforce we’re striving to retain and attract. By carefully combining the most relevant technology with the most in-demand human skill sets, we can deliver the best possible care solution – protecting some of our nation’s most vulnerable individuals.”

Robots to remind patients to take medication, perform menial tasks, and even provide companionship are being used in various pilot projects around the UK and globally, and the Institute for Public Policy Research says that full automation in the NHS could free up as much as £12.5bn of staff time.

The UK care sector is currently in crisis mode with a skills shortage due to an ageing population resulting in demand outstripping supply. With the current age of a care worker being 43, young people bypassing the care industry as a career choice due to low pay compared to the demands of the role.

To combat these issues, the Department of Health and Social Care has this month pledged around £3m towards supporting a recruitment drive across England in February and March, aimed at highlighting the rewards of a career in social care. Additionally, huge investment has been ploughed into developing AI solutions but with such high resistance to robots playing a role in delivering health and social care, will robots ever be adopted as a viable alternative to humans in the care sector?

Just recently, electronics giant Samsung unveiled its new Bot Care robot at the Consumer Electronics Show, which amongst other tasks is capable of taking a patient’s blood pressure in minutes.

Randstad’s latest data on robots in care follows an earlier survey which revealed that 84% of people wouldn’t trust a robot to deliver health or social care.