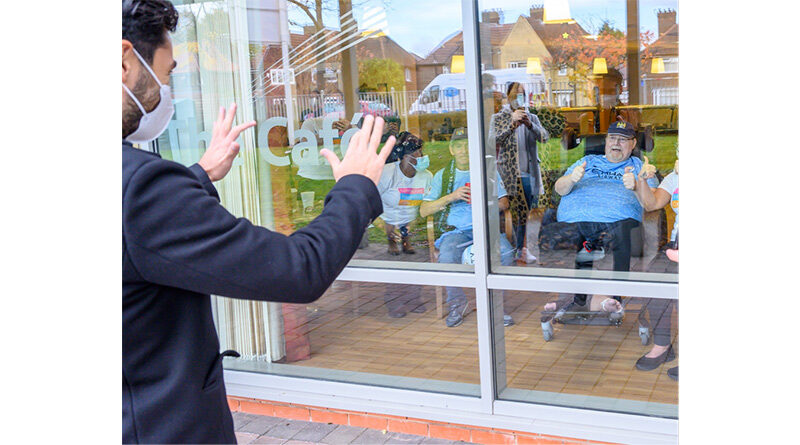 Manchester City star İlkay Gündoğan hosted a special Christmas virtual visit for people supported by the national social care charity, Community Integrated Care. Making dreams come true for fans who have care and support needs, he brought some much-needed seasonal joy at the end of a challenging 2020 for the care sector.

With Coronavirus restrictions limiting the Germany international’s access to meet people supported by the charity face to face, he instead opted to host a surprise Zoom session with his biggest fans in the charity. Drawing together people from as far as Dorset to Edinburgh, as well as many from Greater Manchester, people from sixteen of the charity’s services had the opportunity to catch up with their footballing hero.

Community Integrated Care is one of the UK’s largest social care charities, supporting thousands of people who have learning disabilities, autism, mental health concerns, dementia and other complex care needs. The charity is a major provider of specialist services across Greater Manchester.

The midfield star became an Official Ambassador of the charity after recently making a socially distanced visit to three of its services in Manchester to celebrate his 30th birthday. Instead of receiving gifts, he chose to give them – wanting to support a local charity on his big day. Bringing joy to life-long City fans who live in the charity’s EachStep Blackley specialist dementia care home, and younger supporters who live at St Anne’s in Tameside, a service that supports people who have learning disabilities, autism and acquired brain injuries, he has gone on to build an ongoing relationship with the charity.

Unable to participate in a traditional Christmas visit, Ilkay was keen to host an exclusive Zoom chat and share his good wishes for the festive period. Taking almost an hour out of his day, he answered their questions on his life as a Manchester City player as well as on his day-to-day life, from his Christmas plans to his hobbies and interests. This experience was described as “a dream come true” by one participant and “the best Christmas surprise” by another.

As well as taking time to speak directly to everyone on the call, İlkay also surprised them by arranging for them to all receive a special present for Christmas day.

John Hughes, Director of Partnerships and Communities at Community Integrated Care, says: “2020 has been an incredibly tough year for many of the people we support and our colleagues. The support from İlkay has been an important, and much needed, boost.

We support many Manchester City fans, not just locally but across the whole of the UK. With the wonders of technology, we were able to bring together fans who were almost 500 miles apart. For them to have the chance to spend quality time with one of their heroes has been something they will cherish forever. We would like to thank İlkay his support of Community Integrated Care and wish him a very happy Christmas.”

İlkay Gündoğan said: “It was fantastic to spend some time with the people supported by Community Integrated Care. At this time of year, with Christmas being around the corner and people being stuck at home, I wanted to take some time out with them. Their questions were great and it was wonderful to see what it meant to them.

Manchester has become a second home to me. I have been here for almost five years, so it is important to me to support a charity that does a lot of good things locally. I visited some of Community Integrated Care’s projects and met many of their people on my birthday, and I loved it. I always remember how privileged I am, so it means a lot to be able to give back and put a smile on people’s faces – this is what really matters in life. I hope that they have a great Christmas.”