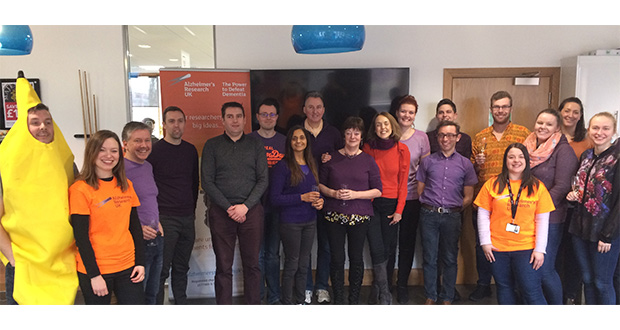 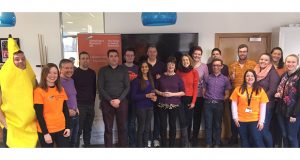 Majestic Wine has launched a new charity partnership with Alzheimer’s Research UK – with the aim of raising at least £50,000 to help in the fight against dementia.

Staff at the UK’s largest specialist wine retailer have embarked on a year-long fundraising campaign for the cause, after voting overwhelmingly in favour for Alzheimer’s Research UK to become the new chosen charity.

The partnership officially launched on Friday 23 February, with a Go Orange day for staff at the Support Centre, on The Belfry Business Park, and across Majestic Wine stores in the UK. The orange-themed activities will be running throughout the year, to celebrate Alzheimer’s Research UK’s #Sharetheorange campaign.

To challenge the misconceptions surrounding dementia, and the diseases that cause it, the UK’s leading dementia research charity created a thought-provoking video to demonstrate that the condition is not a natural part of ageing. The animation brings home the message that dementia is caused by diseases that physically attack the brain, with a brain affected by Alzheimer’s weighing around 140g less than a healthy brain – about the weight of an orange.

There are currently 850,000 people in the UK living with dementia, which is seven times the population of Watford. Currently, there are no treatments available that will slow down or stop the diseases that cause the condition. Alzheimer’s Research UK is hoping to bring an end to the fear, harm and heartbreak dementia causes. The charity funds pioneering research across the UK and globally, to better understand, diagnose, treat and reduce the risk of dementia.

“It’s fantastic to have the support of the Majestic Wine staff over the next year. Majestic Wine has set an amazing fundraising target and have some exciting plans to achieve this goal. The money they raise will be a huge support to Alzheimer’s Research UK in our mission to bring about the first life-changing dementia treatment by 2025. As well as fundraising, Majestic Wine’s extensive network of stores across the UK will help us to raise much-needed awareness of dementia and challenge the misconceptions.”