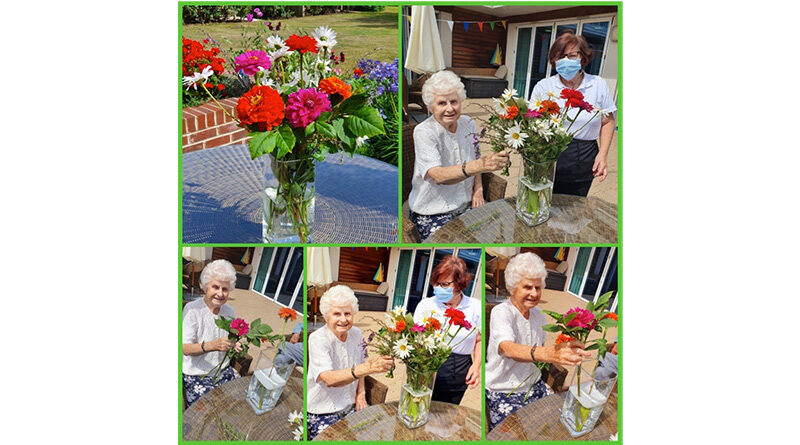 An army of green-fingered care home residents have overcome the challenges of Covid restrictions to stage a forthcoming garden produce show.

All 21 Colten Care homes in Hampshire, Dorset, Sussex and Wiltshire have taken part, with residents eagerly planting and growing their entries over several months.

Show classes include fruit, vegetables, preserves, ‘Spud in a bucket’-potato weighing, and recycling spare objects and materials into planters.

Participants have built houses for visiting wildlife, baked cakes on garden-related themes, created watercolour paintings and pieces of writing, and recorded their involvement in photobooks.

Charles Hubberstey, Colten Care’s Head Gardener, who came up with the idea of a ‘village produce show’ last year, said: “2019 was so successful we decided to make it an annual event.

“Our residents didn’t want to let Covid stop them so we agreed a work-around for this year.

“We asked all homes to submit their entries online using photo and video evidence. It’s clear from the response that the interest we had in our inaugural year is very much still there.”

As well the homes’ gardeners, residents have had the support of their Companionship Teams in preparing and recording their entries.

Emily Hudson, a Companionship Team Leader, said: “There has been a huge buzz about the show. People have said it’s a shame that we can’t get together in person to display all the entries in one place as we did last year but everyone has just got on with it and are doing their best.

“It is so rewarding to help make something like this happen. People are really keen to see what the results will be and what other homes have been doing.”

At Wellington Grange in Chichester, resident Jean Moss turned an abandoned straw boater hat into a planter with help from gardener Emily Trueman. It is now an entry in the ‘Recycling in the Garden’ category.

Jean said: “It was a jokey thing to do and so much fun. I’ve been looking after all the watering during the summer and decorated it with a ribbon and scarf to match the purple flowers.”

The competition comes to a climax later in September with entries uploaded to a central image library and winners set to be announced via online video.

Judges include gardening experts such as Charles plus Companionship Team colleagues across the homes.