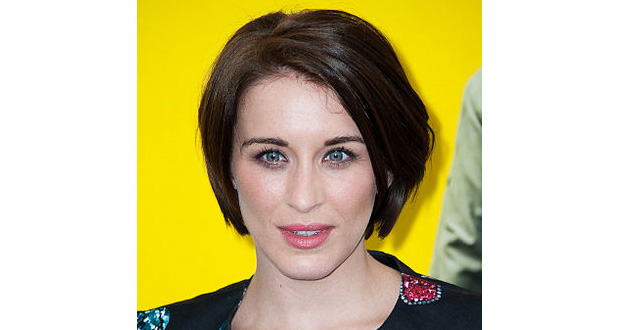 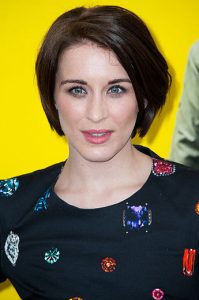 Award-winning actor Vicky McClure has today announced her commitment to help build a dementia-friendly UK after being appointed as an Alzheimer’s Society Ambassador.

With one person developing dementia every three minutes in the UK, it is a move that formally signals the Line of Duty and This is England star’s determination to support the nation’s leading dementia charity on its mission to support people with dementia to live the lives they want and be included in society.

Vicky’s announcement coincides with Alzheimer’s Society’s first ever national Dementia Action Week (21-27 May), renamed from Dementia Awareness Week in recognition that it is action that is urgently needed to help people with dementia and their carers get the support they need and feel included and not abandoned in their communities.

She put her determination into action this week. As well as confirming her role as an Alzheimer’s Society ambassador, Vicky took to social media on Monday as Dementia Action Week kicked off, to urge people to take small actions to help people with the condition to live the lives they want to lead in their own communities while stating her own action “is to be patient”.

And, inspired by personal experience and through her support for Alzheimer’s Society, she is busy working on a new BBC One documentary, My Dementia Choir, which will examine the importance of music to people who are living with dementia.

“I have to say, I am truly honoured to take on the role as an Ambassador for Alzheimer’s Society because the fight against dementia is a cause that is really close to my heart.

“Sadly, one person develops dementia every three minutes and it seems that almost everyone knows someone whose life has been affected. Having seen my Nana develop dementia, I know from personal experience just how confusing and upsetting a condition it can be and we need to unite and stand up to it together.

“I am determined to do my bit to help and that is why I jumped at the chance of becoming an Alzheimer’s Society Ambassador because actions speak louder than words. I’d encourage everybody to take part in Dementia Action Week to help give people who live with dementia the best life they can have.

“I’ve been lucky enough to win a BAFTA and an RTS award for my work in the past but being asked to become an Alzheimer’s Society Ambassador is right up there with these awards because battling dementia and raising awareness is so personal to me.”

Dementia Action Week is a campaign that is close to Vicky’s heart because her Nana, Iris, was living with Alzheimer’s until her death from the disease in 2015.

While much progress has been made to becoming a dementia friendly UK, including 2.4 million Alzheimer’s Society Dementia Friends and over 350 dementia friendly communities across the UK, people with dementia insist that more urgently needs to be done.

Vicky is a passionate supporter of Alzheimer’s Society campaigns and has taken part in the charity’s flagship fundraising event – Memory Walk – in her hometown of Nottingham for the last seven years.

She is among several high-profile figures who have agreed to become Alzheimer’s Society Ambassadors alongside:

Dementia is the biggest health and social challenge facing the UK. With one person diagnosed with dementia every three minutes across the country, almost everyone knows someone affected but too many people face the condition alone, without adequate support. Dementia Awareness Week has been renamed Dementia Action Week this year in recognition that it is action that is urgently needed to help people with dementia and their carers feel included and not abandoned in their community.

“As a passionate supporter of Alzheimer’s Society, Vicky has bolstered our campaigns and driven forward our fundraising projects, improving the support we provide for people with dementia and carers, and helping us to fund valuable research projects.

“I am very grateful for the wholehearted way that Vicky has backed our work and as an Alzheimer’s Society Ambassador, she will be using her considerable energy, dedication and campaigning spirit, to help us to get the message out there that things must change for people with dementia.

“With one person developing dementia every three minutes in the UK, we are delighted to have Vicky on our side as a much-valued Ambassador. Her work with us on Memory Walk over the years alone shows the impact she can make and everyone knows someone whose life has been affected but yet too many people face it alone, without adequate support.

“Together we will power the growing dementia movement for change and we are urging everyone else to follow Vicky’s lead and to get involved and pledge their support.”