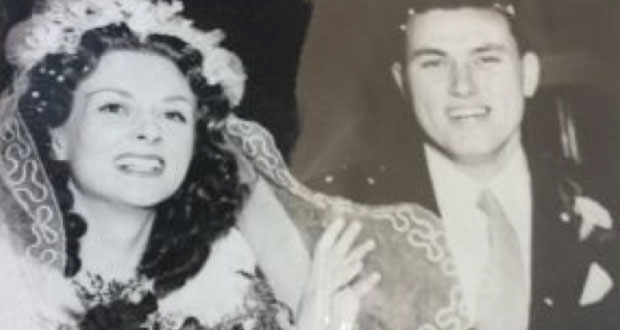 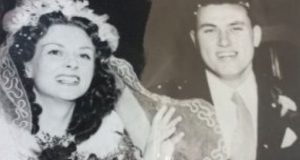 Nonagenarian Lilian Sully left a precious and exceptionally generous gift of £1million to Alzheimer’s Research UK in her Will after she passed away at the age of 91.

Lilian, from High Beach near Loughton, Essex, included a gift in her Will to the UK’s leading dementia research charity after devotedly caring for her husband of 54-years, Joe, for a number of years following his diagnosis of dementia with Lewy bodies.

The couple initially met on the bus when Lilian was travelling to work and although she spurned her future husband’s advances at the time, they later bumped into one another at their local pub. Joe asked Lilian out on a date and swept her off her feet with tickets to a concert followed by dinner afterwards.

They married in April 1946 and moved into their first marital home in Redbridge and as Joe’s business prospered they moved again and had a daughter called Loraine. In 1981 the couple moved to their dream home which they had built in woodland near Loughton.

The couple led a busy life both in business and pleasure, hosting many lunches, dinners and parties for friends while raising money for charities close to their hearts.

Following Joe’s diagnosis of dementia with Lewy bodies in the early 1990s Lilian became an avid supporter of Alzheimer’s Research UK and was keen to do what she could to help make a difference to dementia research, hosting charitable events to raise awareness and vital funds.

Lilian was her husband’s main carer with the support of other carers who came to their home daily to help with everyday tasks. However, as Joe’s condition deteriorated he moved into a nursing home close to their home where Lilian visited him every day, bringing him a hot meal she had made especially for him.

Despite moving into the home Lilian made sure Joe was surrounded by family and friends with regular visits and time at home at weekends. He sadly passed away on 27 December 2000 after spending his last Christmas with his family at home.

Their niece Dionne Dixon explained Lilian’s motivation to leave a gift in her Will to Alzheimer’s Research UK.

“When my uncle Joe was diagnosed with dementia Aunt Lilian did everything she could to give him the best quality of life and kept him at home as long as she could but eventually he had to move to a nursing home nearby where she visited him daily.

“As a result of Joe’s diagnosis she attended quite a few meetings surrounding dementia and dementia research as she wanted to find out more about it and how she could help.

“She had always been clear that she wanted to leave a gift in her Will to Alzheimer’s Research UK as she wanted to make a difference to others. It was something she felt quite passionately about.”

The incredibly kind and generous gift will help research into dementia with Lewy bodies and wider dementia research.

“We are so grateful to Lilian for remembering Alzheimer’s Research UK in her Will. Her exceptional and hugely generous gift of £1million will help bring our scientists closer to finding new ways to diagnose, prevent, treat and cure dementia with Lewy bodies and other dementias.

“There are 850,000 people in the UK living with dementia today, including over 20,478 people in Essex. Dementia poses one of the greatest threats to public health but research has the power to drive the next breakthrough.

“We rely on public donations to fund our research and generous gifts in Wills of all sizes pay for one in three of our projects. However big or small, these gifts allow ordinary people to make an extraordinary impact on our vital dementia research to protect our children, grandchildren and future generations from the heartbreak and fear of dementia.

“Our vision at Alzheimer’s Research UK is a world where people are free from the fear, harm and heartbreak of dementia.”