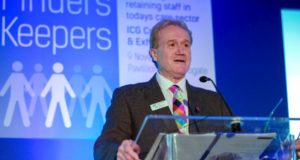 There are just days left to save the care of older and vulnerable adults in this country, an influential social care provider warned today, ahead of Thursday’s General Election.
Mike Padgham says politicians have failed to promise the root and branch overhaul of social care that is needed.
And with the election now almost upon us there is still no clear plan to rescue social care.
“We are just days away from going to the polls and no clearer what the future holds for social care in this country,” he said.
“The party that so far looks most likely to gain power has yet to set out a key element of their policy on social care – namely what the cap would be on how much people would be expected to pay for their care. Without that information, how can people know what they are voting for?
“For many weeks social care was high profile in the election campaigns but there is a danger that it will fall by the wayside. It isn’t too late, for any of the parties, to promise the complete, root and branch overhaul in the funding of social care that this country deserves. Whilst there are many other issues, social care must be tackled too.”
He says all three main political parties missed the opportunity to reform social care and has warned that the crisis – which has left 1.2m people living with unmet care needs and care providers disappearing – is set to get worse. Local council leaders across the country have called for social care to be the next government’s top priority.
Mr Padgham also says politicians continue to ignore the huge economic contribution social care makes, alongside its human contribution.
“Reforming and improving social care makes sense on an economic level too,” he added. “Social care currently contributes £20bn into the economy, which is more than the distribution of gas and electricity, and employs more than 1.5m people, which is more than the NHS. Properly supported, social care could offer so much more than this too.”
He issued his own manifesto which includes calls for:

Mr Padgham, who runs Saint Cecilia’s Care Services in Scarborough, North Yorkshire, added: “It isn’t too late and we would urge everyone to keep up the pressure for change in social care, right up to polling day.”