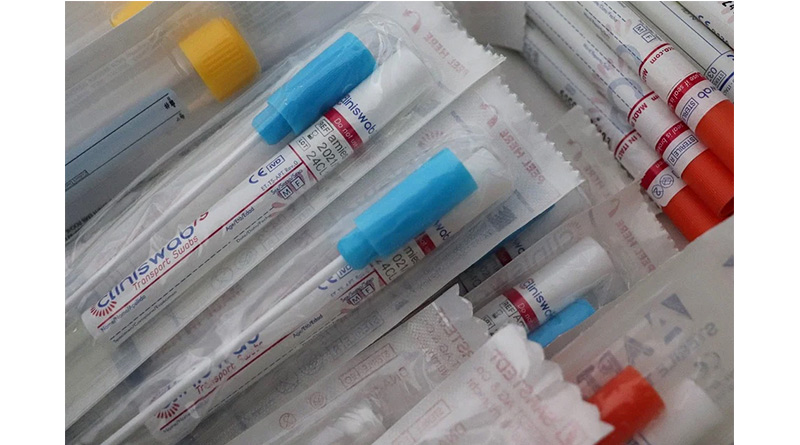 The Health Secretary has today welcomed the findings of the largest study to date into coronavirus rates of infection by Imperial College London.

The research, which examined levels of infection in the general population in England, has been posted by Imperial College London. The report will undergo peer review before a final report is published.

Imperial’s research shows the rates of infection fell during May, the last month of lockdown, halving every 8 to 9 days. There were on average 13 positive cases for every 10,000 people, with an overall reproduction number of 0.57 – lower than previously reported.

These findings show the virus was circulating with relatively low prevalence and was declining in May, ahead of the decision being made to begin to lift lockdown restrictions.

“This ambitious testing programme will help us better understand the spread of the virus to date, predict how it may spread in the future and inform our response to the pandemic.

“It shows the impact our national lockdown efforts have had and demonstrates that we have taken the right actions at the right time.

“As a country we have made great strides towards beating this virus but we mustn’t take our foot off the pedal, and such studies will be vital as we continue to fight this virus.”

The report provides an insight into who was infected with the virus between 1 May and 1 June over lockdown, comparing geography, age, sex, ethnicity, key worker status and symptoms.

The key findings include:

The report also shows anyone who had recent contact with a known COVID-19 case was 24 times more likely to test positive than those with no such contacts.

The NHS Test and Trace service is therefore playing an integral role in stopping the virus from spreading further having already contacted 130,000 people at risk of unwittingly transmitting the virus and advising them to self-isolate.

The Real-time Assessment of Community Transmission (REACT-1) programme is the largest, most significant piece of research looking at how the virus is spreading across the country.

It was commissioned by DHSC and carried out by a world-class team of scientists, clinicians and researchers at Imperial College London, Imperial College Healthcare NHS Trust and Ipsos MORI.

“Community testing is a vital step in ongoing efforts to mitigate the pandemic, but to be successful this must be based on robust scientific evidence and sound statistics. Through this surveillance programme with DHSC and Ipsos MORI we’re gathering the critical knowledge base necessary to underpin community testing and facilitate a greater understanding of the prevalence of Covid-19 in every corner of England.”

“At home community testing at this scale has not been delivered before across England. As a partnership between DHSC, Imperial College London, and Ipsos MORI it has taken significant innovation, perseverance and skill to ensure it has been a success, with lessons learned feeding into future phases of this study and shared with the wider academic community through a transparent publication process. We want to thank all the study participants for their time, and contribution, it has been fantastic to be engaging with the public at this scale on an issue of such national importance.”

This first report provides a baseline for further research and the information will provide local authorities with a clearer picture of the spread of the virus to help inform measures tailored to limit its spread and save lives.

The study has also been upscaled and repeated for the month of June, with a report expected within weeks.

In the second part of the programme (REACT-2), a number of different antibody tests have been assessed for their accuracy and ease of use at home.  These tests look for evidence that someone has been infected in the past. Plans are underway to roll this out to 100,000 people to identify the levels of antibodies against the virus that causes Covid-19 in the general public.