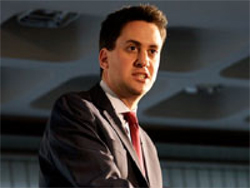 Labour will invest £100 million into general practice to improve access to GPs if it wins the next general election, the party’s leader Ed Milliband MP, announced this week.

The extra investment – to come from “scrapping the competition framework” – would enable same-day consultations at GP surgeries, GP appointments within 48 hours and a ‘book ahead’ service of up to four weeks, Mr Milliband said.

The party would also remove Monitor’s role as “an economic regulator to enforce competition within the NHS,” he confirmed.

Commenting on the plans, NHS Confederation chief executive, Rob Webster, said: “Labour is right to focus on the role primary care can play in an improved health service.

“Our 2015 Challenge calls for better use of the wider primary care team in conjunction with all parts of the health and care system to better meet the needs of the 21st century patient.

“GPs have a key role to play in that but tinkering with one part of the system in isolation is not a solution,” he cautioned.

“With unprecedented pressure on the NHS and no ‘magic porridge pot’ of funding available, it is vital that any proposals to widen care or access are grounded in evidence that they improve patient outcomes and experience at least as well as alternative proposals. Labour’s proposals are no exception,” he said.

Mr Webster went on to say: “Our members tell us that the best prescription for primary care is not just additional money but also more collaborative working between primary care, hospitals and community services, and other partners like social care.”

Addressing the issue of competition, Mr Webster added: “The NHS Confederation supports the use of competition wherever it benefits patients and the taxpayer, as NHS Clinical Commissioners (NHSCC) called for in their manifesto launched last week.

“Like NHSCC, we believe that ‘the rules are not your enemy’ and should be applied appropriately.

“We support Monitor’s role as a specialist sector regulator,” he said, “which offers

“We support Monitor’s role as a specialist sector regulator,” he said, “which offers some protection against the generic, inappropriate application of existing EU and UK competition law to the NHS.

“Labour’s proposals would not abolish competition in the NHS and it is important there is a regulator to ensure that it operates in the interest of the patient.

“We also believe that commissioners need the appropriate expertise to make effective decisions about meeting the needs of their populations.”

Mr Webster was clear that “any changes to commissioning capability – whether in CCGs or CSUs – should be tested against the impact on their ability to do so. The last thing the NHS needs is more forced reorganisation.”