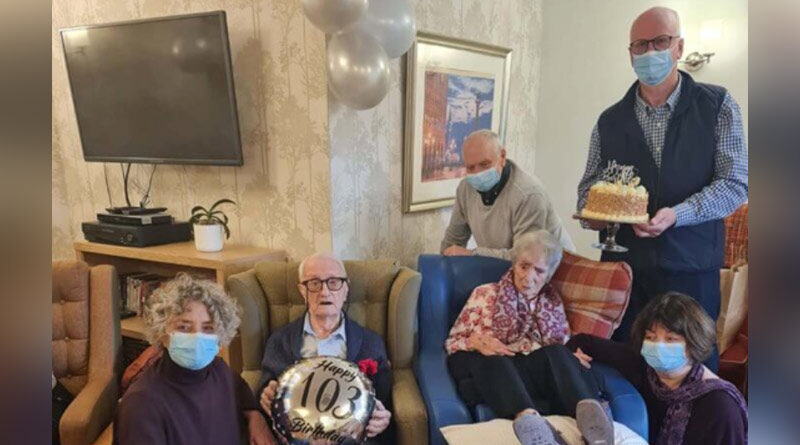 A Kidderminster care home resident has celebrated his 103rd birthday and revealed his secret to living a long and joyful life is to simply enjoy the little things.

John (Jack) Jeffrey Beavon, from Brook Court, on Oldnall Road, marked the impressive milestone on 10th November, and was joined by family members, residents and team members to toast the special occasion.

Revealing his secret to a long and happy life, Jack, who is well known at the home for his loving relationship with his wife, said: “Don’t take things too seriously – get yourself a good wife and family to share your memories with.”

Marking the special milestone with a host of plans, including arranging a trip down to one of Jack’s favourite cafés, the team went above and beyond to ensure Jack enjoyed a celebration to remember.

With a slice of birthday cake and plenty of special gifts on the day, the team threw Jack a big party and organised a surprise lunch at Brook Court where he was joined by his family.

Nirmala Rattu, Home Manager at Brook Court, said:
“Everyone had a wonderful time celebrating Jack’s birthday, and he was particularly pleased to see his family surprise him for lunch.

“Jack has been living with his wife Winifred at Brook Court for just over a year now, and it’s fair to say the home wouldn’t be the same without the pair. Jack’s wonderful outlook on life never fails to make us smile and his quick wit definitely keeps us on our toes!

“Here at Brook Court, we always strive to make an occasion of birthdays, and Jack’s 103rd was no exception. We had great fun decorating the home and baking him a special birthday cake.” 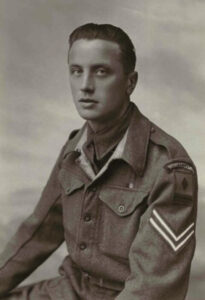 Jack was born in Wolverhampton in 1919 and moved to Stourbridge when he was two years old. Attending school in Oldswinford in Stourbridge, Jack went on to join the army and fight in the second world war. He served in Dunkirk, and is now one of the only survivors left. Jack met his wife (Winifred Beavon) at the same period in Kent; they married shortly after then returned home together to Stourbridge.

After returning home from active service, he and Winifred lived with friends for some time before the pair moved into their first home in 1950. Together, the couple went on to have two daughters, Janis and Christine, and three grandchildren, Adam, Alex and Becky. Jack and Winifred have also been lucky enough to have their four great grandchildren Freddie, Neil, Jack, Tate and Oliver.