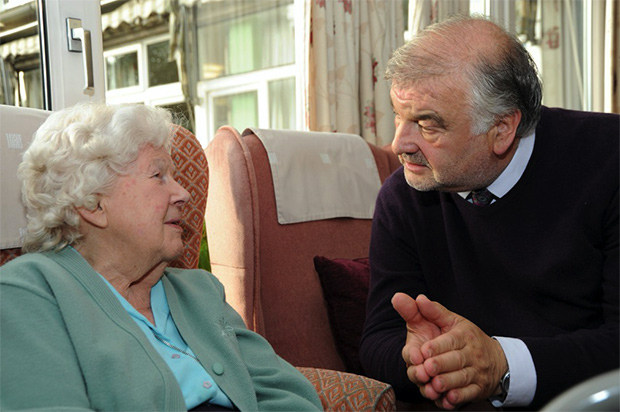 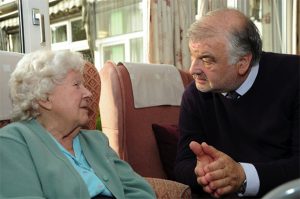 A leading professor has claimed older people with diabetes are being “let down” and “overlooked” by the system – prompting new international guidance outlining a ground-breaking model for how they should be treated.

An International Position Statement on the Management of Frailty in Diabetes, which outlines a ground-breaking model for how to manage older people with diabetes who also suffer from physical weakness and fatigue, has been published.

It was compiled by Professor Alan Sinclair of the Foundation for Diabetes Research in Older People at Diabetes Frail and Professor Bruno Vellas, Chief of the Department of Internal Medicine and Geriatrics at the Toulouse University Hospital, France, and former IAGG President, in collaboration with the Hong Kong Geriatrics Society and an International Group of Experts.

The document makes a series of recommendations to help doctors and nurses treat the over 70s who have diabetes and who may also suffer from other conditions linked to physical weakness.

This is the first time guidance has been published internationally on the subject and those involved have called for a “clear focus on patient safety” and early recognition of the deterioration of a person’s health as part of the overhaul.

Professor Sinclair said: “Frailty is now recognised as a new complication of diabetes in ageing populations and needs to be a priority for action. This is because frailty leads to excess disability in diabetes leading to earlier institutionalisation, decreased quality of life, and premature death. Yet early prevention and management should lead to longer, healthier lives.

“Quite simply older people with diabetes developing frailty are being let down and overlooked by the system, that’s why we have developed this international position statement to illustrate and share a better way of caring for these people.

“It is part of a wider problem as generally older people with diabetes were often overlooked and over medicated, but we now need to give them the care and attention they deserve.”

The document lays out a specific model for those working in primary, secondary and community care to help them understand how to prevent frailty and ensure the early management of the condition.

It also provides a platform for a model of care to be coordinated across local regions to help those older people with diabetes who are developing frailty, have developed frailty, and those progressing to disability.

The guidance was compiled because the prevalence of diabetes is increasing among people between the ages of 60 to 79 years, and frailty may be present in up to one in four in this age range.

In older people with the condition, frailty and loss of muscle mass and strength known as sarcopenia, have become serious complications which are often overlooked or not diagnosed by healthcare teams.

The guidance was unveiled in the UK at the 4th National Conference of the Older People’s Diabetes Network (OPDN), which is chaired by Professor Sinclair.

To read the Position Statement in full, click here.