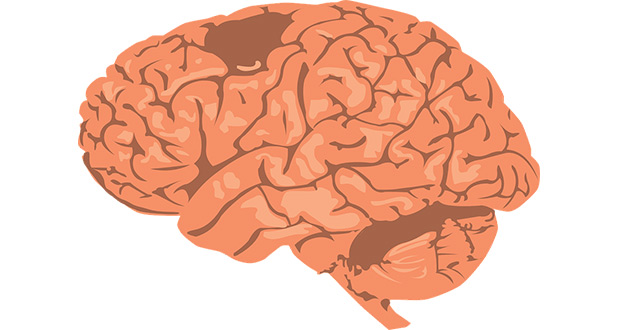 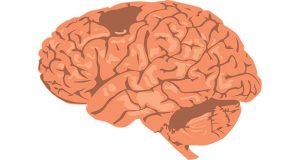 Scientists in the US have found a link between inflammation in middle age and a reduction in brain size in later life. The findings are published today in the journal of the American Academy of Neurology.

Alzheimer’s disease involves a complex set of biological processes that cause physical damage to parts of the brain. Researchers believe that inflammation – the body’s natural response to harm and infection – contributes to this damage, but they don’t know how the process fits in to the timeline of other changes that underlie the disease.

This study involved 1,633 people with an average age of 52. The researchers analysed blood samples from the participants, testing for five separate indicators of inflammation. Following up volunteers an average of 24 years later, researchers used MRI scans to measure the size of each person’s brain and tested their memory ability using a word recall test. Considering each participants sex, race and age, scientists were also able to assess differences between these groups.

They found that higher levels of inflammation in midlife were linked to a reduced size of brain areas linked to Alzheimer’s disease later in life. Results showed that various factors including sex, age and race affected the relationships seen between brain size and inflammation, depending on the relationships the scientists looked at. Younger and white participants were more likely to show greater inflammation and a smaller brain size. Results showed a weaker link in African-American groups, which was lower than the author’s expected despite the high impact of dementia in these groups.

“There is growing evidence that inflammation plays an important role in the development of Alzheimer’s disease. This large, well-conducted study suggests a link between inflammation and brain changes related to Alzheimer’s, but it didn’t investigate whether participants actually went on to develop the disease.

“We know that processes involved in damaging the brain in a disease like Alzheimer’s can start many years before changes become apparent on brain scans or people experience any symptoms. This research points to inflammation as a potential early indicator of later brain degeneration, but we cannot say whether inflammation could be causing brain shrinkage or if it is a response to other damaging processes that might already be underway.

“Finding the optimal time points for interventions that could tackle diseases like Alzheimer’s is essential if we are to limit the growing impact these conditions have. Midlife is emerging as critical point for taking steps to promote brain health. Current evidence suggests that not smoking, keeping blood pressure and cholesterol in check, eating a balanced diet, drinking in moderation and staying mentally and physically active can all help to maintain a healthy brain as we age.”