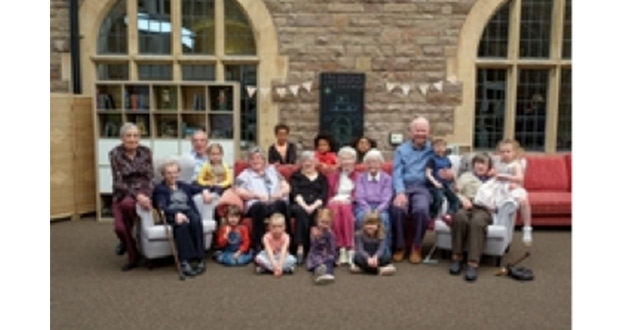 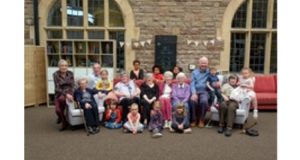 Residents at a St Monica Trust retirement community are hoping to revolutionise the way older people are cared for by taking part in a ground breaking social experiment filmed by Channel 4.

Old People’s Home For 4 Year Olds aims to prove that bringing together retirement community residents and preschool children can help transform the lives of the older volunteers for the better.

Based on the latest research from America, the old and young volunteers shared daily activities designed by three experts – a gerontologist, a geriatrician and a physiotherapist – who measured and analysed the older groups’ physical and mental progress throughout.

The St Monica Trust residents speak openly about the issues facing older people, including their struggles with depression, lack of mobility and loneliness.

Yet in a series of extraordinary and moving scenes, the experiment shows the transformative power that simply being around the children has for the older people.

One of the volunteers taking part in the experiment was 88-year-old, Hamish Hall who has been a St Monica Trust resident since 2012.

A self-confessed sceptic, Hamish was doubtful about the benefits of appearing in the show, but by the end of the first episode he is seen lying on the floor playing dead lions with the children – much to their delight!

Hamish said: “Having initially been somewhat reluctant to get involved, I was very pleased to have taken part. They were delightful children and I was pleasantly surprised how well behaved they were.”

A retired insurance manager, Hamish has an artificial leg after being run over by a lorry when he was 14.

“The children didn’t seem to take any great notice of it and they accepted us for whatever abilities or disabilities we have. One of the children, Millie came and pushed it. I told her it was a wooden leg and the Doctor had chopped it off, which she found extremely funny in an innocent way.”

Walking on an artificial leg has affected Hamish’s spine and his left knee has effectively had to do the work of two for more than 70 years.

“They all regarded my artificial leg as part of me – just Hamish. There he is – poor old chap who walks with a stick, doesn’t walk very fast and hobbles about. However, one is thankful that one is still healthy and at all ages one should be thankful for one’s health.”

The programme sees a number of amazing improvements in the residents’ mental and physical health, including 80-year-old, Linda whose mobility is affected by osteoporosis.

Described as “very down” when she first joined the experiment, Linda’s friendship with four-year-old Amiya sees the two of them running across the croquet lawn hand-in-hand during a sports day. While 77-year Zina, whose tests revealed a high depression score, is seen laughing with delight as she hits a Pinata and the children swoop to collect the sweets that fall out of the papier-mache donkey.

Following a nationwide search, the St Monica Trust was chosen by Channel 4 to be the location for the ground breaking social experiment.

The broadcaster was impressed by the reputation of the Trust within the UK care sector for the quality of its care and accommodation, as well as the stunning location of its Cote Lane retirement community on Bristol’s Durdham Downs.

“Seeing the benefits of this ground breaking project has only strengthened the Trust’s desire to create open communities that actively encourage contact across different generations.

“As well building play areas at all of our sites, the Trust will establish a children’s nursery at the heart of one of our retirement communities.

“The St Monica Trust also will continue to nurture the wonderful relationships established by this project between our residents and the children of the local preschools.”