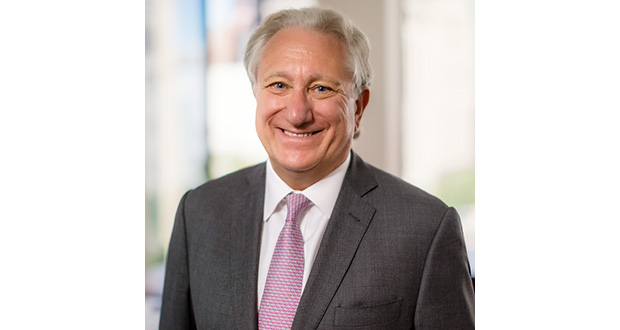 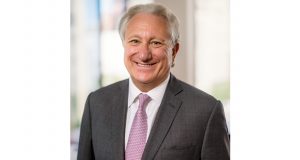 Hotelier and philanthropist Laurence Geller has pledged to champion the rights of people who are living with dementia after his appointment as an Alzheimer’s Society Ambassador.

This signals his determination to support the nation’s leading dementia charity on its mission to enable people with dementia to live the lives they want and be included in society. It sits alongside his commitment to providing specialist dementia care homes and the building of a dementia training and research centre at the University of West London where he is chancellor. His appointment also follows the announcement that he had donated a £1 million gift to the university to establish a new Institute for Dementia Care.

“Alzheimer’s Society is leading the way in the fight against dementia and is making an enormous difference to the lives of so many people living with dementia and their families.

“It is my privilege and my pleasure to be taking on the role of an Ambassador for the next stage of the Society’s fundraising, to support our ambitious plans to increase research, and improve care and support for families facing this devastating condition.

“With dementia costing the economy £26 billion, business can and must unite against dementia, and play a role in finding better treatment, care and ultimately a cure for dementia. There is not a moment to waste in making lives better for those who have been diagnosed with dementia.

“As a renowned business leader, Laurence will use considerable energy, influence, passion and entrepreneurial spirit, to help us to get the message out there that things must change for people with dementia.

“With one person developing dementia every three minutes in the UK, we are delighted to have Laurence on our side as a much-valued Ambassador. Together we will power the growing dementia movement for change and we are urging everyone else to follow Laurence’s lead and to get involved and pledge their support.”

While much progress has been made to becoming a dementia friendly UK, including 2.4 million Alzheimer’s Society Dementia Friends and over 350 dementia friendly communities across the UK, people with dementia tell us that more urgently needs to be done.

Laurence, who is sponsoring the World Alzheimer’s Ball, which will take place in London next month, is among several high-profile figures who have agreed to become Alzheimer’s Society ambassadors:

They are united by the aim to work with Alzheimer’s Society to create a world without dementia and support the charity’s mission to transform the landscape of dementia forever.

Dementia is now the UK’s biggest killer, and the need for action on dementia has never been greater and it is the only leading cause of death that we cannot be cured, prevented or slowed down which means action is imperative.

A year on from the largest ever survey of people with dementia ‘Turning up the Volume’, to gather a full picture of living with dementia today, Alzheimer’s Society talked to more than 500 people affected by dementia and those working with them for Dementia Action Week. Alarmingly, people reported the loss of their friends and social life post-diagnosis, facing isolation caused by public stigma, fear and misunderstandings of dementia, and of how to interact with people living with the condition. People affected by dementia highlighted the small actions that would have a big impact on their lives and enable them to live the lives they choose, such as continuing to invite people with dementia out and making sure you listen and include them in conversations.