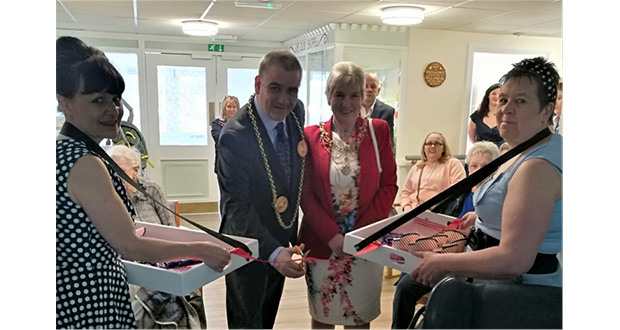 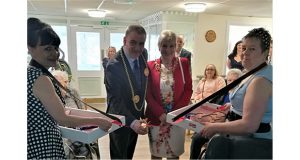 POPCORN was at the ready for the revival of a historic Tyneside cinema – long since demolished and replaced by a care home.

The Rex, formerly on Victoria Road West in Hebburn, was brought back to life by staff and residents at Willowdene Care Home.

The home is located on the same plot where the cinema once stood, so it was decided to pay homage to the previously popular venue.

They held a pop-up cinema event to play Magnificent Obsession, starring Rock Hudson – the first ever film shown at The Rex, in May 1955.

Resident Jessie Hann said: “I loved Rock Hudson and remember seeing the film years ago. It was great to see it again today.”

Fellow resident Patricia Greig added: “Oh I wish I could be in the back row now.”

The home’s activities coordinators Amanda Rowden and Christine Chandler, alongside deputy manager Cheryl Kennedy, all dressed in authentic 1950s dresses for the occasion.

Michael Beaney, home manager of Willowdene Care Home, said: “A visitor mentioned he thought that the old Rex cinema used to be on the site.

“When we checked with our residents, they confirmed it and began to reminisce about the times they’d been to the pictures.“We decided that it would be a great idea to dedicate one of our movie afternoons to The Rex cinema, which residents remember from their youth. So we made our own pop up version.

“Everyone thought it was brilliant. Especially with the staff dressed up and carrying snack trays. They remembered how it used to be at the movies, when the usherettes would bring round the choc ices during the intermission.

“We’d like to thank Mayor Cllr Ken Stephenson and Mayoress Cathy Stephenson for coming along and helping to make it an extra-special occasion.”