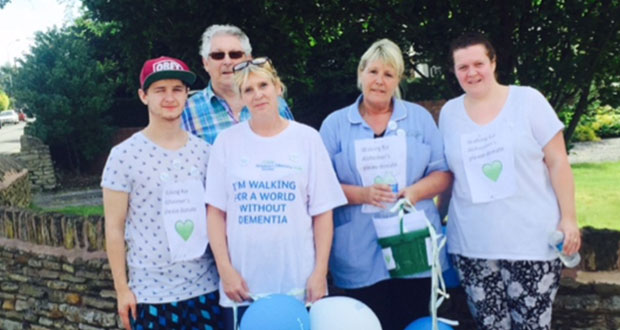 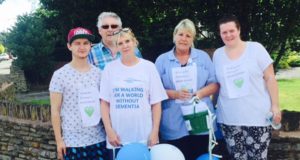 Staff and a relative from Holmewood Care Home, on Barnfield Close, trekked 8 miles to the city centre.

Holmewood Care Home deputy manager, Cathy said: “We’d like to thank everyone who donated and supported us for the sponsored walk.

“Holmewood cares for a number of residents who live with dementia and so Alzheimer’s Society is a charity close to our hearts.”

More older workers than ever before, but the UK needs millions more

This trend is to be welcomed at a time when life expectancy continues to rise. In 2015, the Office for National Statistics (ONS) projected, for the first time, that life expectancy for a female born in England from 2064 onwards will be 100. Equivalent life expectancy today is 83.

Based on current trends, the number of over-50s in employment increases by approximately 200,000 every year. Over the next decade, this suggests 2 million more over-50s will be in the labour market. Recent analysis from “Business in the Community” (BITC) however suggests that this is far from enough.

BITC estimate that between 2012 and 2022, 12.5 million jobs will be opened up through people leaving the workforce, and an additional 2 million new jobs will be created. Yet, only 7 million younger people will enter the workforce to fill these jobs. This trend leaves a 7.5 million labour market vacuum.

The increasing trend in older workers will go some way to filling this vacuum, but 2 million more over-50s still leaves a 5.5 million gap. If society were to rely on the over-50s alone, the number of economically “inactive” people in this age group would need to almost halve from today’s 13.46 million.

“The record number of older workers is to be welcomed, but any celebration would be premature. The UK needs many more older workers. We may find that a number of people will need to work past their normal retirement age anyway as they won’t have saved enough for a comfortable retirement, but even then this will still leave a gap.

“Regardless, this shift in demographics needs to be harnessed by businesses and society, not feared. A spirit of retaining, retraining and recruiting older workers needs to be encouraged. The skills and experience carried by older workers represent an asset that the UK cannot afford to ignore.

“In 2017, an independent review of the state pension age will be undertaken. Its remit is to recommend a state pension age that is fair, affordable and consistent with supporting fuller working lives. Today’s figures highlight the importance of this review’s work.”