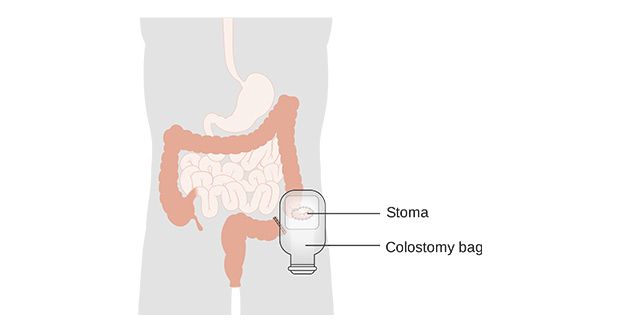 Members of the general public largely believe that those people who wear a colostomy/ileostomy/urostomy bag – also known as ‘ostomates’ – should not feel self-conscious about it being visible.

This is according to new survey findings from Potter Rees Dolan Solicitors, which revealed that 78% of people either “agree” or “strongly agree” that ostomates should not feel worried about having their colostomy/ileostomy or urostomy bag on show while in public.

In addition, 59% of respondents said they would not feel uncomfortable if a friend or colleague had a visible colostomy, ileostomy or urostomy bag.

Many people who have a stoma – which is an opening in the abdomen that is connected to either the digestive or urinary system to allow waste to exit the body and is usually connected to a bag – have felt stigmatised and uncomfortable about how people perceive them, with many ostomates speaking to the press about their experiences in recent years.

For example, father-of-two Ian Coates, who suffers from Chrohn’s disease, spoke to The Mirror about his feelings of humiliation after being told he could not go into a public swimming pool as he was wearing a colostomy bag. In a separate incident, 48-year-old Nigel Daly told reporters that he was left feeling “humiliated” after being forced to reveal his colostomy bag in front of fellow passengers at Belfast City Airport.

The reasons an individual may need a stoma are varied and can include: bowel or bladder cancer, inflammatory bowel disease (such as Crohn’s disease or Ulcerative Colitis), diverticulitis or a perforation or obstruction to the bladder or bowel. A stoma can be temporary or permanent, depending on the cause.

With the findings of the survey pointing to a much more positive view of stomas than many people living with related conditions may think, the Manchester-based clinical negligence specialist is urging individuals who are living with a stoma to be less self-conscious.

Gill Edwards, a Partner from Potter Rees Dolan Solicitors says: “The survey reflects the fact that attitudes towards people with different conditions and disabilities are changing for the better and we hope that those who have a stoma and wear a colostomy, ileostomy or urostomy bag feel buoyed up by the survey results.

“Having a stoma can have a significant impact on an individual’s life, but we hope that the findings of the survey will help to reassure ostomates that they deserve to feel comfortable and confident in their own skin.”

The survey, which questioned more than 500 people about their awareness of stomas, also revealed that 55% of people “strongly disagree” that only people with an obvious physical disability should be permitted to use a disabled toilet.

Despite long-term misconceptions surrounding invisible illnesses, the survey revealed that progress is being made when it comes to a broadening understanding of such conditions and the impact they can have on an individual’s life. Most respondents “understand” what an invisible illness is (44%), while only 2% had never heard of the term.

Gill Edwards says: “Invisible illnesses have long since been misunderstood among members of the public, and many people living with such conditions have been made to feel ashamed of using disabled toilets or accepting special treatment if their condition isn’t obvious. However, our survey data shows that people are increasingly understanding that just because an illness or condition is not immediately obvious, that does not mean it does not exist.”

Hazel Pixley, chief executive officer of the Urostomy Association, commented: “It is encouraging that more than half of respondents know what a stoma is, and why somebody might require surgery to form one.  However, clearly there is still further work to be done in order to help members of the public fully understand this often hidden issue.”